The Acura MDX is a luxury SUV offered by Acura that’s currently in its 4th generation. Here are the top 2007 to 2013 Acura MDX problems owners run into with the 2nd generation.

Different parts like connectors and hoses can cause runability issues. Other parts in the idle air control system, like the throttle body, can also create problems with engine performance.

Remove the connectors in the idle air control system and check them for excessive corrosion. Check from the throttle body to the MAF sensor. Check the hoses for tearing, looseness, brittling, or damage. See if the throttle body is dirty and needs cleaning.

More on how to clean the throttle body

Symptoms of a Faulty EGR Valve

Causes of a Bad EGR Valve

The exhaust gas recirculation (EGR) valve takes exhaust gases from the exhaust to reburn in the engine. This helps with emissions. Problems with it can cause noticeable drivability issues like the car not starting, or it can trigger a check engine light.

How to Fix a Bad EGR Valve

Check the EGR valve. You might need to only clean it with carburetor cleaner, or it might need to be replaced if that doesn’t fix the symptoms.

Causes of Transmission Problems with the 2nd Gen Acura MDX

Sometimes problems with the transmission are due to bad transmission fluid, and sometimes they’re due to internal mechanical problems that can cause issues with shifting.

How to Fix Transmission Issues

If you find the vehicle driving fine with no shifting issues, you can generally drain the fluid and replace it to fix this problem if the old fluid is fine and you find no dirt or debris. If that doesn’t fix this issue, there may be an internal issue with the transmission that needs fixing, and that generally means having a professional fix it.

Symptoms of Problems with the Transmission

Problems with the transmission shuddering in the 2007 to 2013 Acura MDX is usually from a bad torque converter.

How to Fix Transmission Problems

Steps to fix the torque converter include removing the transmission, replacing the converter, and updating the computer or power control module (PCM). This is not an easy part to inspect or replace, so we recommend bringing your vehicle to a professional unless you have experience working on transmissions.

Symptoms of Problems with Starting the 2007 to 2013 Acura MDX

The computer controls the vent valve, which is a part of the EVAP system, and opens and closes it. If the valve is stuck open or closed, that is a typical cause for an EVAP-related code in this vehicle.

How to Fix Issues with Starting the Vehicle

The EVAP canister vent valve is underneath the shield under the car. You’ll need to disconnect it and check the vent valve for carbon or debris that may be blocking the valve. You’ll need to remove it from the canister and replace it if it’s defective.

More on the EVAP System

The hood struts are gas-filled, and these can leak and loose strength and operation over time.

The hood struts will need to be replaced, but this is a DIY repair that can be completed easily with an assistant. 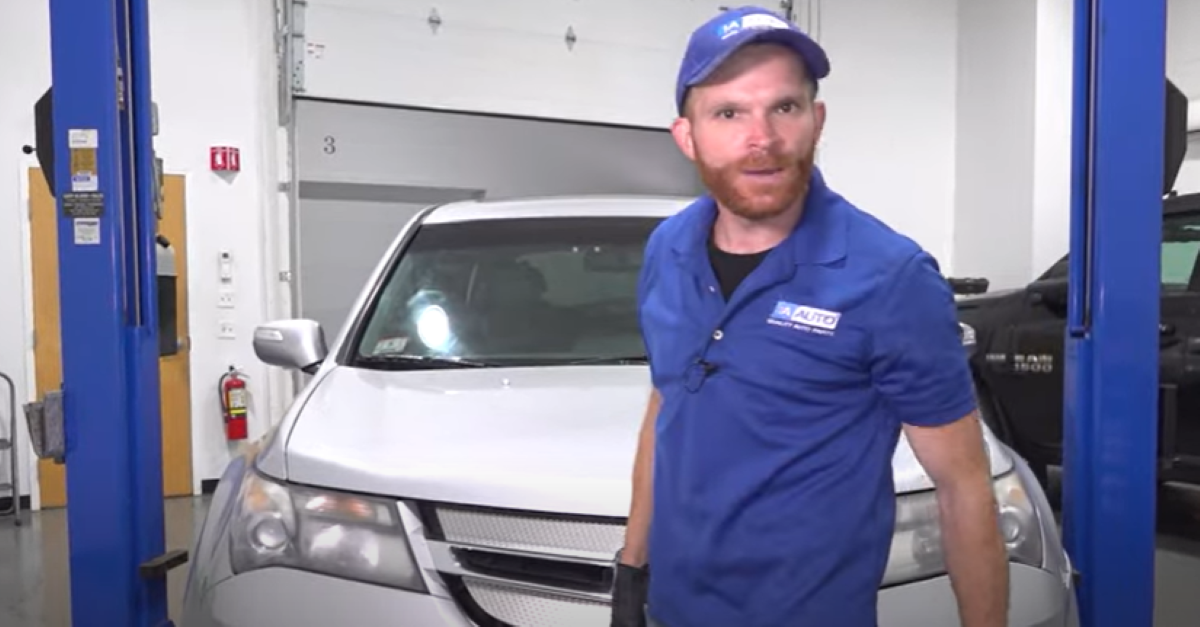