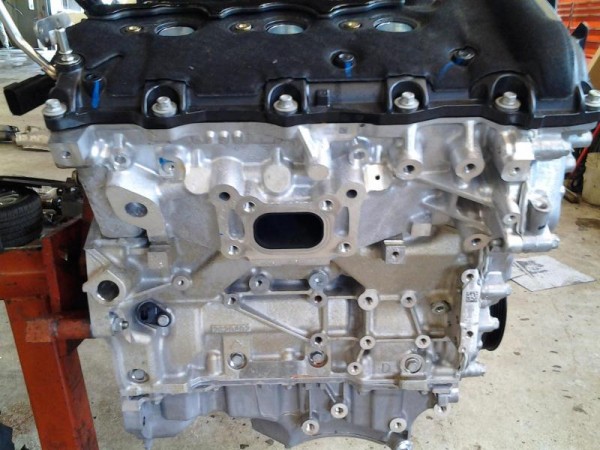 Under the cover of darkness (okay, not really), there has been an evolutionary change going on beneath some new car hoods. Something that we all have grown to love & hate may finally become a thing of the past. For these new GM V6 engines, upgrading to a set of long tube headers for some added fun at the track is a total impossibility, because the exhaust manifold doesn’t even exist anymore. A tragedy? Nope, not really.

You see, General Motors has been starting to integrate the exhaust manifolds into the cylinder heads themselves.  This is absolutely terrific news for several reasons. It gives engineers & technicians a bit more room to play, weighs several pounds less, has fewer gaskets to blow, and it locates the catalytic converters closer to the cylinder heads which reduces emissions even further. Oh yeah, they also claim that these fancy new heads flow better than the old exhaust manifolds used to. So unless these integrated cylinder heads start cracking from heat cycles (plausible?), they are really nothing but great news for the enthusiasts and environmentalists alike. It’s a strange new world out there, and times they are a’ changin’.