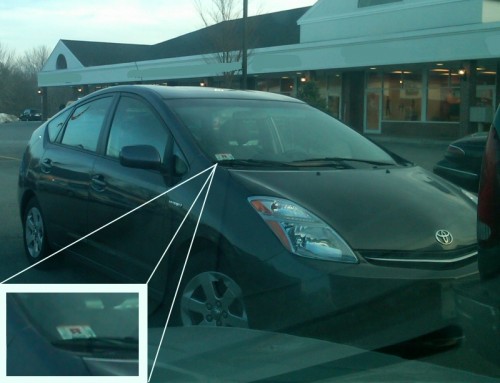 There are two states in the country that come to mind when you talk about extraordinarily strict vehicle safety and emissions inspections, California and Massachusetts. I have never been to California, but I have had the pleasure of living in Massachusetts my entire life. This means that I have always had my cars tested for emissions, and a variety of other interesting laws. I have also had the distinct honor of being a Massachusetts state vehicle inspector, so I am quite familiar with the rules. Today, I wanted to cover a few things that may be helpful to you or possibly even entertaining to talk about.

Several years ago, cars getting inspections were run on the dyno to test the emissions coming out of a vehicle. A “sniffer” was shoved into the exhaust pipe, and with the car in motion, it sniffed out the carbon dioxide (CO2), carbon monoxide (CO), hydrocarbons (HC), and nitrogen oxides (NOx). Each vehicle had to be within certain limits that were built into the state’s computer program to pass the test. If not, you get the big black “R” stuck to your windshield, and have 60 days to fix it. If you had a car with non-disengageable AWD, you got the two-speed idle test (lucky rascal).  This meant that your car didn’t actually go onto the dyno. You just had to pass the emissions test with the engine at two different rpm’s. Those tests were significantly easier to pass because there wasn’t a load on the engine. For the inspector, this dyno testing was a gigantic hassle. The machine was often broken, most cars needed to be strapped down to the machine (time consuming & filthy), and brand new cars would randomly fail. The test was known to be inaccurate by everybody involved with it. After several years, the state recognized this headache and changed the test, for the good of everybody in my opinion.

The latest emissions inspection is far more intelligent, but not quite perfect in my mind. What it comes down to, is that 1996+ vehicles have OBDII (On Board Diagnostics Version 2), which means that the car’s computer knows when there is an emissions issue and stores it in its memory.  During the inspection, the inspector plugs the inspection machine into your car, checks your computer for emissions issues and passes or fails it based on what it finds.  Great right?  Less work for the guy doing the inspections, and likely a more “true” test of the vehicles exhaust cleanliness.  Cars built before 1995 are exempt from emissions tests because they don’t have OBDII, but……BUT…….. they do need to have the proper emissions devices in place.  That means that if the vehicle came with a catalytic converter, it better still have one.  It also means that if your car is billowing out a giant black cloud behind it as it idles, you fail.  It is up to the inspector to make the decision based on his / her expertise. If you fail for emissions, you get the big black “R” sticker on your windshield, announcing to the world that you are drivin’ dirty.  You then have 60 days to fix it before you become illegal.

Safety issues are safety issues. If you fail for safety, your car is probably not safe for the road, and you are putting everybody else in danger. You then get the scarlet letter on your windshield in the form of a big red “R”.  When you have this, you are no longer legally allowed to drive your vehicle on the road. You can be pulled over by the police, get a ticket, and have your car towed at your expense.  So, it is best to get it fixed ASAP.  My problem with the “safety” test is that it sometimes gets me when I least expect it. Being too low to the ground, to high off the ground, modified exhaust, having your license plate “frenched” into your tailgate, having any sharp edges, rusty rocker panels, non-working horn, a rock chip in your windshield, wheels that stick out further than your fenders, tinted windows, stickers on your windshield, and a plethora of other things are all failable offenses.  I often feel like many of these rules are written by people who have absolutely zero knowledge of cars.

Let’s have a look at some that are interesting or entertaining straight off the Mass.gov FAQ page.

Now this is where it gets good. The vehicletest.state.ma website basically says that Massachusetts follows California Air Resources Board (C.A.R.B) rules, and then links to a list of approved repairs. I’m fairly confident that it is written by people that have never opened a hood before. Let’s see if we can make sense of it.