Is your Check Engine light on with a distinct engine knocking sound, and you have a code P0327 or P0332, but you don’t know what that means?

Our mechanic explains what these “Knock Sensor Circuit Low Input” OBD2 codes mean, what can cause them, and shows you how to diagnose your car’s knock sensors by reading their signals and inspecting their wiring harnesses in this video. Watch now:

What is engine knock?

During a vehicle’s combustion process, which you can read about in “How to diagnose a misfire: Expert help from our mechanics,” if a spark plug ignites the fuel too early, or if the fuel used in a vehicle is incorrect, that can create too much pressure inside the engine, which results in an internal explosion outside of the normal combustion process. This engine knock results in a knocking or tapping sound.

The purpose of knock sensors is to monitor and alert your car’s computer, or the powertrain control module (PCM), if engine knocking occurs.

If left unaddressed, engine knocking can damage your engine and lead to more costly repairs, so it’s best to resolve a P0327 or P0332 as soon as possible and avoid driving with it.

In the video above, the knock sensors in the vehicle our mechanic works on are located under the intake, so he removes the intake to access them.

Mechanic tip: Be careful when replacing knock sensors because they’re sensitive—you don’t want to accidentally drop and damage them.

How to Replace Knock Sensors

Once you’ve determined what triggered a P0327 or P0332 in your car, and replaced any bad parts, clear the code, and drive your car to make sure everything’s running correctly.

Shop parts featured in this article: 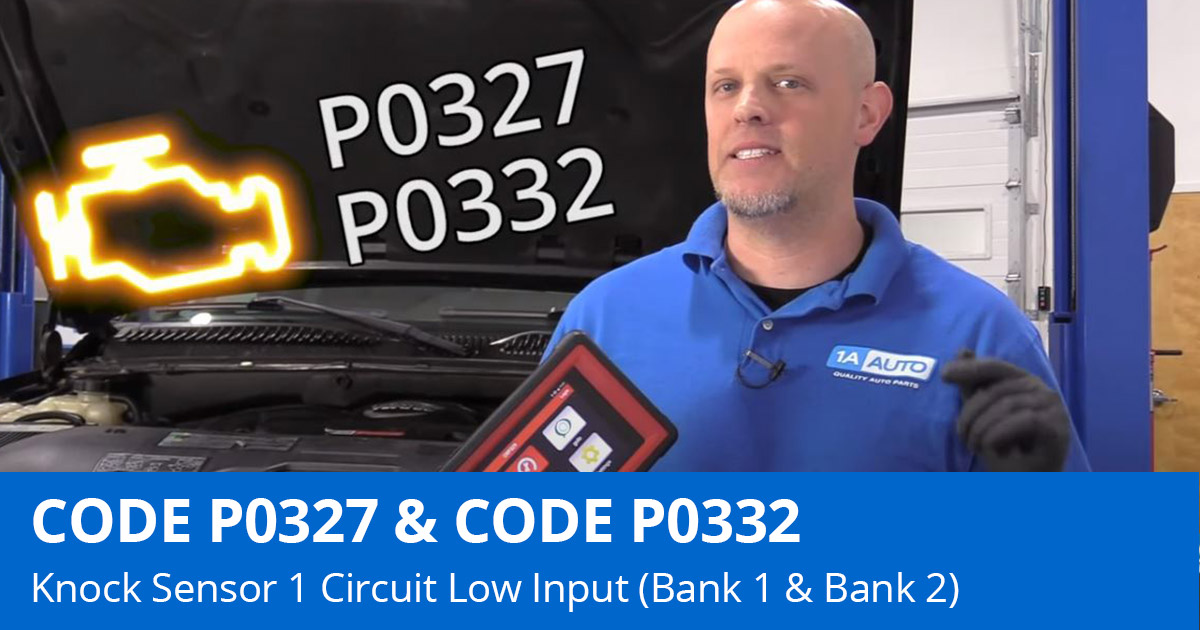 Article Name
Does your Engine Have a Knocking Sound?
Description
Is your Check Engine light on with a distinct engine knocking sound, and you have a code P0327 or P0332, but you don’t know what that means?
Author
1A Auto Team
Publisher Name
1A Auto
Publisher Logo