Our mechanic shows you how to diagnose a P0343 code (“Camshaft Position Sensor Circuit High Input”), and the electrical issues that could be causing it. Your car’s symptoms could include engine bucking, surging, stalling, taking longer than usual to start, or not starting at all.

The camshaft position sensor monitors the camshaft’s position and movement, which it sends to the PCM to ensure the correct fuel injection timing and amount of fuel and air that’s let in and out. Make sure you watch our featured P0343 video for more details on how a cam sensor works.

If your engine still runs with this P0343 check engine light, it’s best to repair it as soon as possible. There’s a fair chance the engine will stop running entirely when the sensor completely fails, and that could leave you stranded. In between the time when the check engine light turns on and the engine stops running, your starter and battery may end up receiving additional wear from the extended engine cranking. With it being a DIY-friendly repair, it’s best to just nip this one early.

What Are Common P0343 Code Symptoms?

P0343 trouble code symptoms can include:

The most common P0343 cause is a faulty camshaft position sensor.

Other typical P0343 causes include a faulty or damaged cam sensor connector or wiring, or PCM issues.

With the engine running, use a scan tool or code reader to watch the data for cam sensor high to low and low to high (in our featured P0343 video, our mechanic selects both “CMP Sensor – High to Low” and “CMP Sensor – Low to High” on the scan tool he uses).

Test the Cam Sensor Connector, Wiring, and the PCM

If you’ve confirmed the connector and wire have good voltage, and that the PCM is working right, that narrows down the issue to the cam sensor, which you’ll need to replace.

If you replace the cam sensor, make sure you clear the Check Engine light and drive your vehicle to resolve the P0343 code.

Find the camshaft position sensor you need for your year, make, and model now, so you can save time and money by replacing it yourself.

Shop our other parts, tools, and accessories, including OBD2 scan tools and code readers

Blog Posts to Read Next: 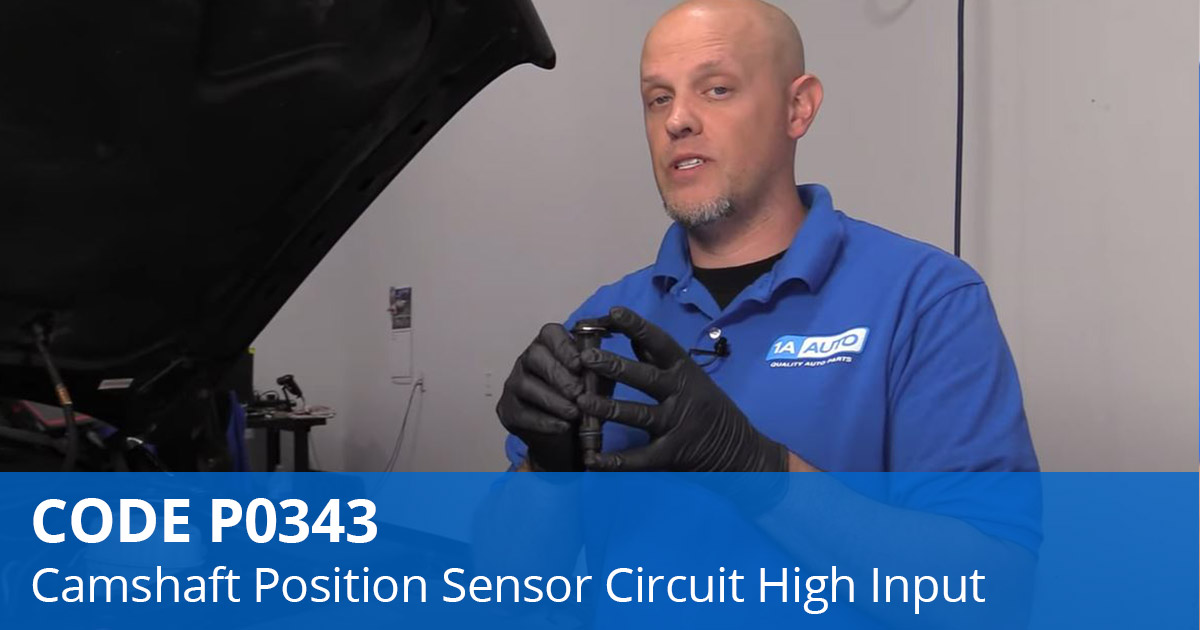