The 1977 Ford Thunderbird was simply a badass behemoth of the road in its day. The first year of the seventh generation of Thunderbirds, it was designed to be a full-sized, sporty luxury car. In ‘77, the Thunderbird’s transformation from previous models was apparent in many ways.

END_OF_DOCUMENT_TOKEN_TO_BE_REPLACED

The X-Games is awesome to watch, but not so awesome when people crash and get injured.  That was the case with Toomas Heikkinen a few days ago. It was rumored that he broke his ankle and got a few other bumps and bruises.  Considering the speed and the extremely abrupt deceleration, I’d say he did fairly well if that was his worst injury. 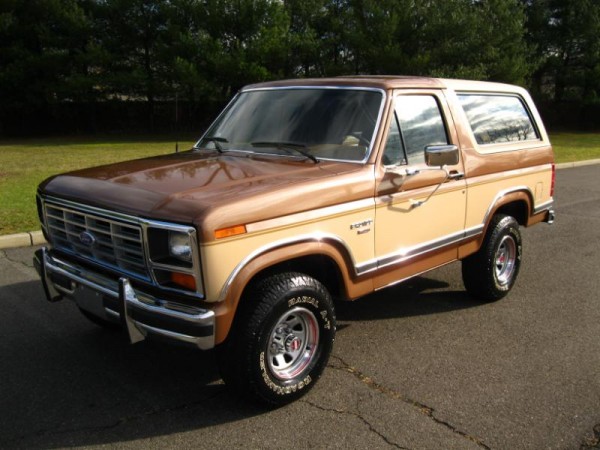 Just a few days ago, there was a vehicle on eBay that wouldn’t have caught your eye unless you were specifically looking for it.  It was a very simple, two tone brown 1986 Ford Bronco XLT … with just 6,980 miles on it.  Oh snap! Yes you read that right. Throughout its whole life, it has been meticulously cared for by its original owners and it really, really shows. It has original everything, right down to its perfect looking muffler. It took 37 bids to get up to its ending price of $22,810, but that was not enough to remove the reserve. I guess if you want the most perfect 1986 Bronco in existence, you’ll just have to fork out more cash than that. What’s the one problem with this vehicle you ask? Well, what the heck do you do with it?  It would be a shame to drive it, and yet it would be a shame to not drive it. I’m happy I won’t have to make that decision.

For those of you that want to see all eleventeen billion pictures that this seller has available, I recommend checking out eBay item # 160705161860.  Just be sure to give it plenty of time to load, because your computer will probably give up the ghost if you don’t. 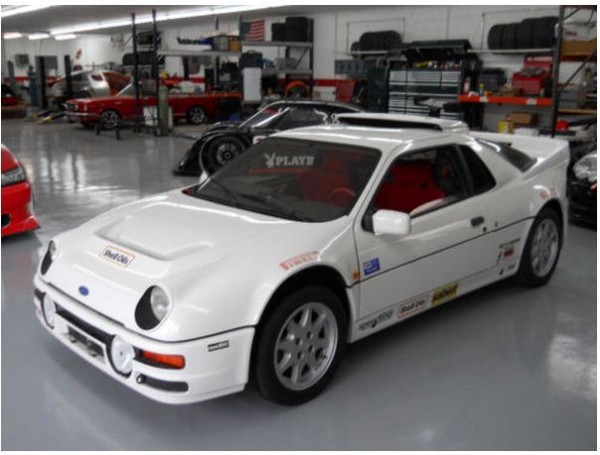 Like Group B rally cars? Want to own your own street version of a 1986 Ford RS 200?  Asking either of those questions is like asking if ice cream is still delicious post-Y2K. Of course it is! For those of you that are not familiar with this little turbocharged rascal; what we have here today is not your average 1986 Ford. It’s an RS 200 that was originally intended for Group B rally racing, which is a disturbingly awesome piece of racing history.  Watch this video to get an idea of what the RS 200 is all about.

Now, as I said, this particular car is the “street” version with probably 250 horsepower and just over 1000 miles on it. Yes, 1000. It’s apparently a 1 owner car that is located in Florida, and can be yours for simply $129,000.  I can’t say whether that is a crazy-go-nuts price or not, because these things don’t come up for sale very often. When they do, they don’t have 1000 miles on them.  What do you think, are you ready to give up the cash? 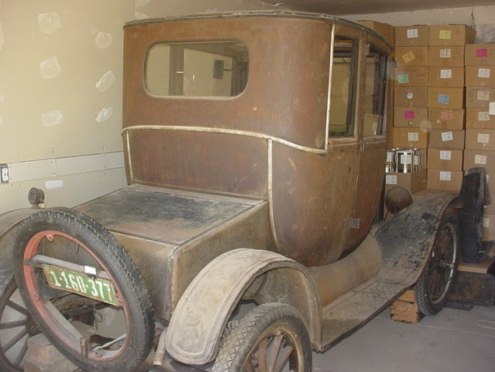 When you go to a car show or cruise night, there is never a shortage of hotrodded Model T’s.  This is totally understandable considering that Henry produced 15 million of them by 1927.  That’s a heaping amount of rolling stock for us to still be playing with.  What really impresses me though, is when I get to see an “original” one.  I’m not talking about a restored Model T in original form, as those are somewhat plentiful as well.  I am talking about one that has never been sliced up, or taken apart.  One that you know has all of the original bolts that an assembly line worker installed nearly 90 years ago. That is a special car, a real survivor.  You know that the car was delicately cared for by multiple generations so that a piece of American history could be passed on to the next.  Cars like that have character that restored cars can’t compete with, and can’t be reproduced.  They have bumps and bruises with stories to match. END_OF_DOCUMENT_TOKEN_TO_BE_REPLACED

Here in the United States, we are known for our undying love of big American cars with big V8’s.  There is something special about burying your foot into the floor board of a V8 powered car and feeling the tires rip away at the pavement as the white cloud of smoke billows out from the rear quarter panels.  It’s passion.  What you may not realize though, is that some other countries have just as much passion for these big American V8’s as we do.  This video was apparently filmed in Poland by a Mustang car club member.  It is really quite a fantastic video.  I have watched it a few times, and it definitely makes me wonder if I need more Mustang in my life.

Can’t see the video?  Here is the link: http://www.youtube.com/watch?v=yj1kBHcAbzw

1A Auto Wants Your Suggestions!

Over the last few months, 1A Auto has recorded several hundred high definition how-to videos on our 1A Auto YouTube Channel and we are adding dozens more each week.  We want to give our customers all the guidance that they may need when replacing the typical do-it-yourself auto parts like the ones that we provide.   Our YouTube videos are all 10 minutes or less and they cover everything from the tools that you will need, to the time that it should take, and all the tips and tricks that we have learned along the way.  They show you how auto parts are replaced in a real world environment, not in the fantasy TV land of rust-free metal and easy to turn bolts.

Most recently, we acquired a 1998 Ford Explorer that we will be breathing some much deserved life back into.  It has typical mileage, normal wear and tear, and makes a fantastic winter vehicle in New England!  Over the next month or so, we are going through it and making dozens of helpful how-to videos about the entire process. This is where you come in! We are looking for “how-to video” suggestions for this Explorer project.   END_OF_DOCUMENT_TOKEN_TO_BE_REPLACED