Monday = We had an awd turbo dune buggy
Tuesday = It was old-school vs. new-school with the 1929 Whippet SRT-4
Wednesday = There was no choice but to go with the hand built Toyota 2000GT
Thursday = An incredible  ’69 Porsche GT3 build.
Friday = 1993 Mustang notchback with a 2JZ Toyota Supra engine. 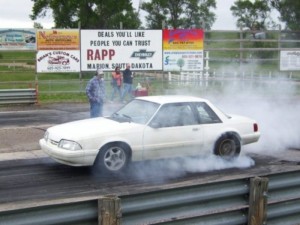 I know that today’s build will be hated by some and loved by others, but regardless of personal opinions, it makes an impact.  Today’s project is a fox body Mustang notchback with a 2JZ Toyota Supra engine swap built by a guy named Dan (2JZstang) on supraforums.com.  It makes 650 horsepower at the wheels on E85 fuel and runs a 9.74 quarter mile at 144 mph.  Sick fast. It took him a few years to build it on a budget, and it was almost sold off at one point, but in the end his dream prevailed.  In it’s current state, is brutally awesome, sicknasty fast, and well deserving of high 5’s from every enthusiast in his area code.

The full build can be found here:

Over the years there have been around a million cars on my “must have” list.  However, Mustangs have never made the cut…..until I saw this one.  You see, I drive to work the same way each day through a couple of small towns, and about 50% of the time, I would see this car sitting in a yard, body shop, parking lot, or driving past me.  It has been a highlight of my commute for a few years now, and I have seen it slowly but surely become more and more beautiful with each passing weekend.  The paint is about a hot as it gets, the wheels and suspension give it a perfect stance, and the engine is quite a sight.  It’s a 600+ horsepower twin turbo built 4.6L, so it’s good for smoke shows, burnouts, donuts, and more smoke shows.  It looks dangerous when sitting still, and furious when in motion.  Let’s sit back and appreciate for a few. Shall we?

Ok, there is a lot of amazing news going on in the automotive world today, and the 1A Auto blog is on it like a bonnet.  Assuming this video is real, and not riddled with lies, this 2011 V6 mustang is capable of an unbelievable 48 MPG.  It is supposed to get  about 30-31 mpg, but during this 1000 lap challenge, they are claiming 48 miles per gallon.  Is it a miracle?  Is it a lie?  Is the 2011 Mustang really that impressive?  Who knows.

Call me strange, but I would absolutely love to read the O2 sensor readouts on a wideband to see what the AFR is.  It’s got to be running crazy lean (magical?) air fuel ratios if this story is true.

Check out https://www.mustang1000lapchallenge.com/ for more info.

Ford recently announced that the 5.0L V8 engine is back for the 2011 Mustang. You may remember the 5.0L from the the days when your hair was a bit longer, and your jean jacket was the coolest thing in town. Back in the 1980’s the big bad Ford V8 had about half the horsepower of what the automotive world is receiving in 2011. Yes, Ford is claiming 412 hp, and 390 ft lbs of torque. It should be scary to say the least. www.Burlappcars.com has the photos to prove it. Well done Ford, it’s a great looking engine so far, hopefully it holds up to abuse like the last 5.0L did.