A classic truck, the 4th generation of Chevy C/K trucks like the C1500, K1500, also known as the GMT 400 or Chevy OBS (Old body style or original body style) truck, consists of a wide range of years spanning from 1988 to 2002, and with such a large range of years has come a few common problems owners have reported. We cover the top problems of this generation like the door handles, the ABS brake system, and the fuel pump, which also applies to its sister GMC C/K trucks. Find out their symptoms, causes, and fixes with these tips from our expert mechanics.

1. Problems with the Distributor

The wheel under the distributor cap sends a signal to the module, which sends a signal to the ignition coil. There is only one coil since 88-02 Chevy trucks do not have a coil-over-plug. The coil sends the spark to the top of the distributor cap, through the rotor which will spin and send a spark to each wire. The spark then travels to the spark plugs for combustion.

How to Fix Distributor Problems in the GMT 400

The fuel pump is located in the fuel tank and feeds pressure through the fuel lines and the fuel filter and up to the engine to the throttle body injection (TBI) system.

Causes of a Bad Fuel Pump in the GMT 400

Fuel pumps tend to wear out from use.

How to Fix a Bad Fuel Pump

How to Fix ABS Problems

How to Fix an Interior or Exterior Door Handle

How to Fix Broken Heater Controls

How to Fix GMT 400 Tailgate Problems

Replace These and Other Parts Yourself 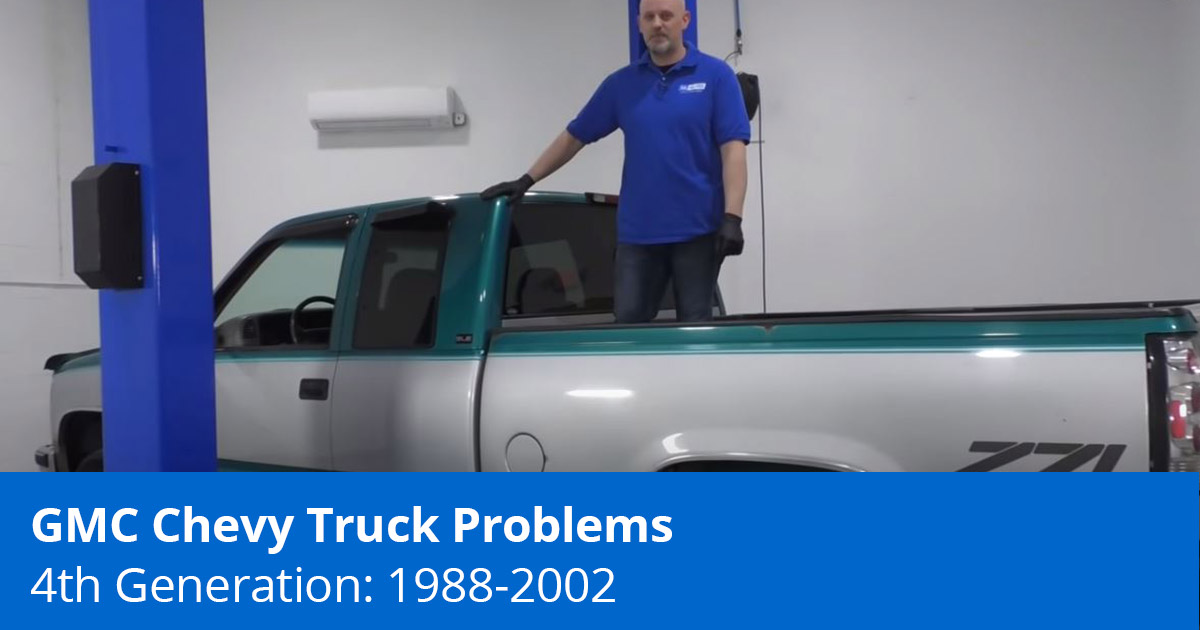 Article Name
GMT400 Problems | 4th Gen Chevy C/K Trucks (1988-2002)
Description
We cover the top problems of the GMT400 pick-up truck including door handles, the ABS brake system, and the fuel pumps. Find out their symptoms, causes, and fixes with these tips from our expert mechanics.
Author
1A Auto Team
Publisher Name
1A Auto
Publisher Logo