The 4th generation Chevy C/K 1500 truck existed from 1998 to 2002 and veered off into the 1st gen Chevy Silverado line for the 1999 model year. While it lasted for a long time for good reasons, it also ran into common problems. Here’s a list of 5 common problems of the 4th gen Chevy truck.

Causes of a Windshield Wiper Problems

The wiper board controls the speed of the wiper motor. Sometimes this board can fail on the 4th gen Chevy truck.

How to Fix a Bad Wiper Board

There may be no immediate or apparent symptoms of bad body or chassis grounds on the 4th gen Chevy truck, but there may be odd electrical problems like the engine not starting or the dash lights flickering.

The grounds tend to break and corrode, and this can cause electricity to ground at other parts like the bolts. While this can work temporarily, over time it can cause issues with electrical components.

How to Fix Body and Chassis Grounds

The doors can sag on the C/K 1500 truck when the pins and bushings wear out.

How to Fix Door Pins and Bushings

The pins and bushings are in the door jamb. To replace the bushings, the spring will need to be removed from the door check. A special compressor tool is needed to reinstall the spring. The steps include having an assistant hold the door or place a floor jack underneath the door to support it, and then popping the pins and bushings out with a chisel and a hammer.

Oil leaks on the ground

As vehicles age, it’s common for parts to corrode and wear over time and leak, like the oil pan gasket. A lot of 4th gen Chevy trucks have an oil filter adapter that can leak.

How to Fix Engine Oil Leaks

Remove the oil filter adapter and remove the o-ring and the gasket on the top. If the vehicle has oil cooler lines, these will also have to be disconnected.

The tail lights on the 1998 to 2002 Chevy C/K trucks have electrical circuit boards the bulbs attach to that can overheat and fail. Sometimes the tail light bulb may not work after being replaced. This is because the circuit board has most likely failed.

Replace These and Other Parts Yourself

Complete these and many more repairs on the 1988 to 2002 Chevy truck, also known as the GMT 400 truck, with how-to videos in 1A Auto’s video library 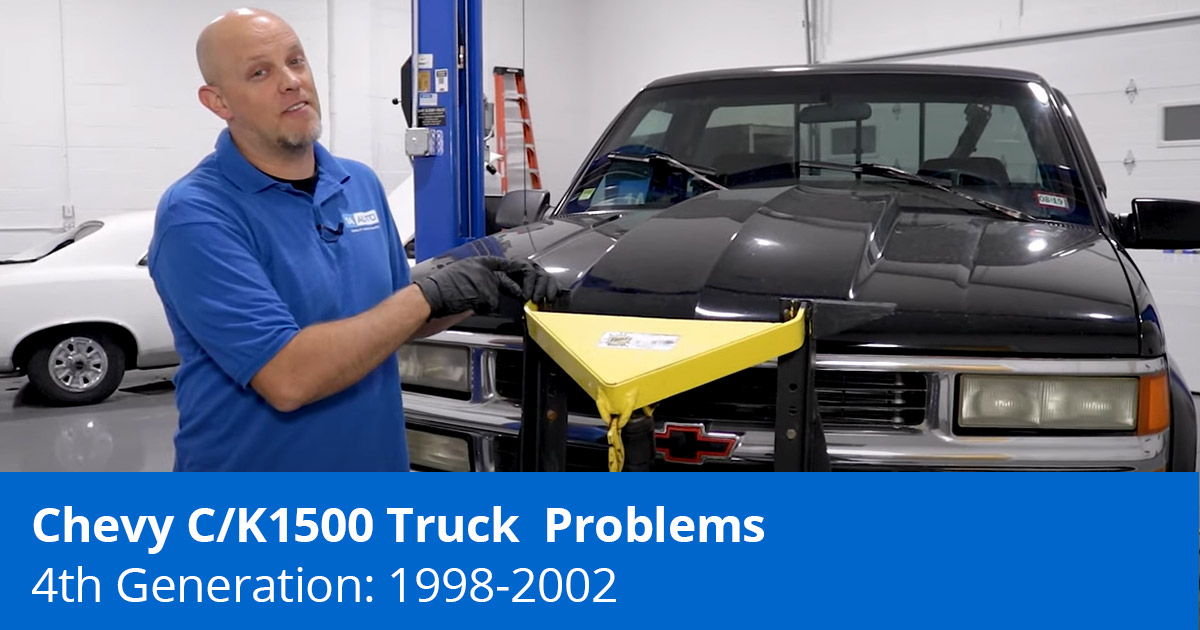