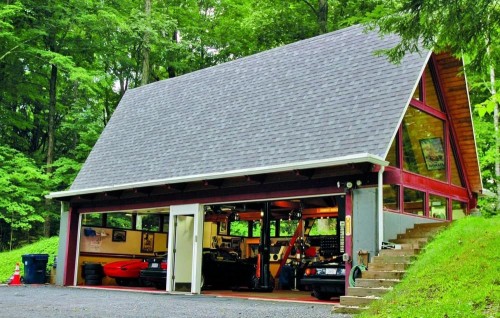 That’s exactly what happenend to a guy named Jeff in Stockbridge Massachusetts about a year ago.  He built himself a dream garage in 2005 to store and wrench on his own cars, and last year his neighbors decided that they weren’t having it.  They were upset that he had so many friends with “high end” cars visiting his house.  They then had the town slap a cease and desist order on him.  Obviously Jeff & his friends knew how completely unreasonable his neighbors were being, and he wasn’t going out without a fight.

A little over a year later, the story finally has a conclusion told by a great guy and automotive blog writer named Dave over on one of my favorite blogs – Justacargeek . Dave is friends with Jeff (for 25+ years), and he has told this somewhat scary story from his first hand point of view.  Since he covered this story better than anyone could, I’m just going to link you right over to his site for the full story. It’s a must read for all car enthusiasts.

2 thoughts to “Your Neighbors Tried To Stop You From Wrenching?”