The Chevy Colorado and its sister the GMC Canyon are GM’s compact pickup truck offerings. This post reviews the top 1st generation 2004 to 2012 Chevy Colorado problems owners have experienced.

These symptoms may be caused by the valve seats causing a misfire. The valve seats are in the cylinder head and sometimes there isn’t enough of a seal when they open and close.

How to Fix Valve Seat Failure

How to Fix a Bad Blower Motor Resistor

The EVAP system is an air-tight system, so if debris like dust or dirt collects inside the vent valve, it can cause the valve to not close properly. A loose or faulty gas cap might also trigger the check engine light for an EVAP code.

The EVAP vent valve is located underneath the vehicle above the spare tire. Before replacing the vent valve, check the gas cap for looseness or a broken gasket. Check the fuel filler neck for excessive corrosion.

Problems with the 1st gen Chevy Colorado running out of gas are usually caused by a faulty fuel sensor.

Issues with the washer fluid not spraying are usually caused by a faulty windshield washer pump.

How to Fix a Bad Windshield Washer Pump

Read more about how to inspect windshield washer nozzles not spraying 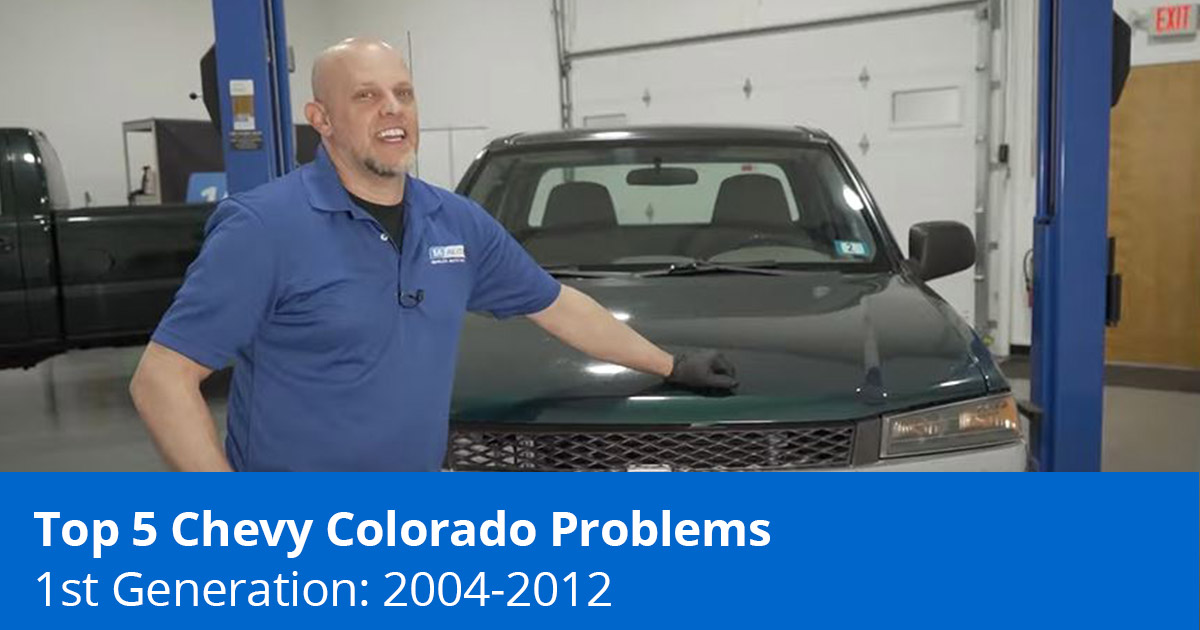