The Pontiac G6 was introduced for the 2005 model year as a replacement for the Pontiac Grand Am. While its name represents the Grand Am’s 6th generation, the G6 is considered its own model. Only one generation of the G6 existed and it discontinued when the Pontiac brand dissolved in 2010. This post covers the top 5 Pontiac G6 problems of the 1st and only generation, years 2005 to 2010.

The VVT solenoid is part of the variable valve timing. Sometimes engine oil can clog the VVT solenoid, which affects its performance.

Change the oil at the recommended intervals with the appropriate fluid and check the engine oil fluid level and condition regularly to help prevent VVT solenoid failure.

If the VVT solenoids have failed, replace them.

How to Fix Power Steering Problems on the 1st Gen G6

The BCM is located behind the side trim panel on the passenger side of the center console. It tends to fail on the 1st gen G6.

How to Fix BCM Connector Problems

How to Fix a Turn Signal Switch

Groaning or whirring noises from the wheel are usually from a worn wheel hub on the 1st gen Pontiac G6.

Grab and wiggle the wheel from the 12 and 6 o’clock positions. If you feel excessive play, it’s probably from a bad hub bearing.

Grab the coil spring and spin the wheel. If you feel vibrations on the coil spring, that is an indicator of which side of the car has the faulty hub bearing.

Complete Repairs on the Pontiac G6 Yourself

Learn how to do a number of common repairs on the Pontiac G6, like the control arms, headlights and bulbs, and the brakes, with 1A Auto’s how-to videos. 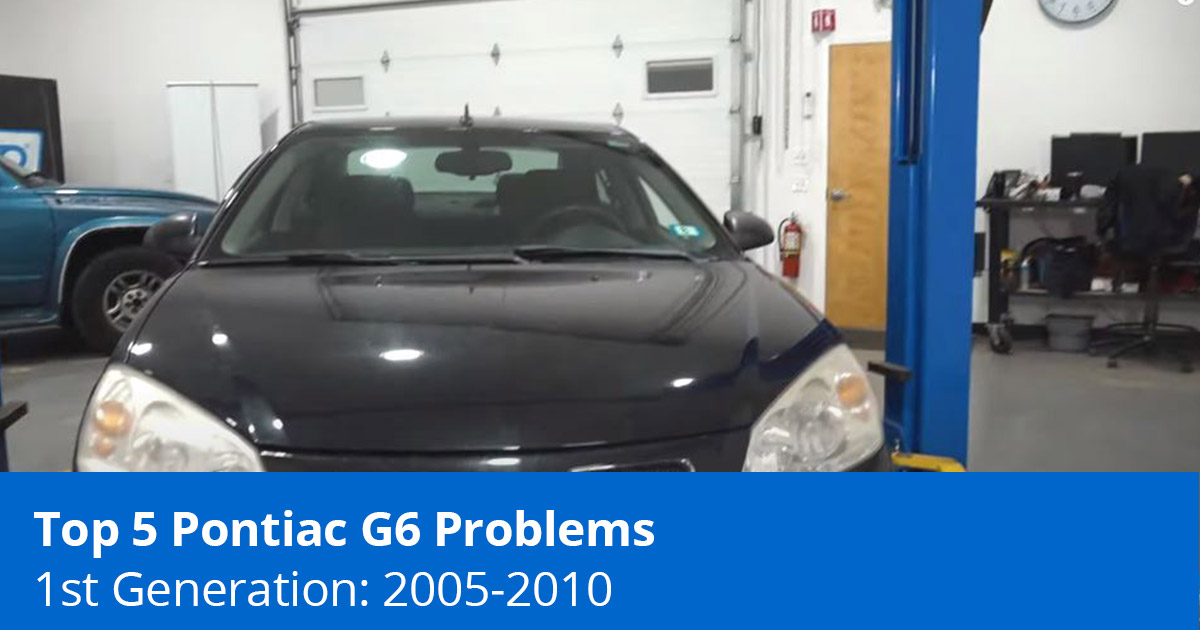 Article Name
Top 5 Pontiac G6 Problems - 1st Generation (2005 to 2010) - 1A Auto
Description
Learn how to find and fix the top 5 issues with the G6 as our experts review the most common Pontiac G6 problems of the 1st and only generation, years 2005 to 2010.
Author
1A Auto Team
Publisher Name
1A Auto
Publisher Logo