Many generations of different car models have their common problems that owners run into. Here are the most common Toyota Matrix problems of the 1st generation, years 2003 to 2008.

Symptoms of a Faulty MAF Sensor

A bad mass air flow (MAF) sensor can cause problems with the engine and transmission on the 1st gen Matrix, like:

How to Fix a Faulty MAF Sensor

The screws that hold the window glass to the window regulator can loosen over time and loosen up the window.

How to Fix Loose Windows

Steps for fixing a falling window

If your check engine light turns on and the scan tool reads for an EVAP code, check the gas cap first. If the code is related to the gas cap, the EVAP canister is usually leaking on the 03-08 Matrix and catches fuel vapors so they don’t enter the atmosphere

How to Fix EVAP Codes

First, follow these steps to check the gas cap

Symptoms of a Faulty Catalytic Convertor

The catalytic convertors tend to fail on the 2003 to 2008 Toyota Matrix, causing a check engine light or engine performance problems.

How to Prevent Catalytic Convertor Failure

If the catalytic convertor is faulty, it needs to be replaced.

To help prevent catalytic convertor failure, change the spark plugs, air filter, and oil regularly according to the recommended intervals in the owner’s manual.

These engines tend to vibrate in general, which can loosen the engine mounts over time. Excessive vibrations indicate there is probably a problem with the motor mounts.

How to Fix Engine Mounts

Replacing the engine mounts is not an easy job for inexperienced mechanics.

Save on parts and repairs. Fix your own 2003 to 2008 Toyota Matrix with many how-to videos in 1A Auto’s video library for this generation, such as control arms, headlights, axles, struts, brakes, and more. 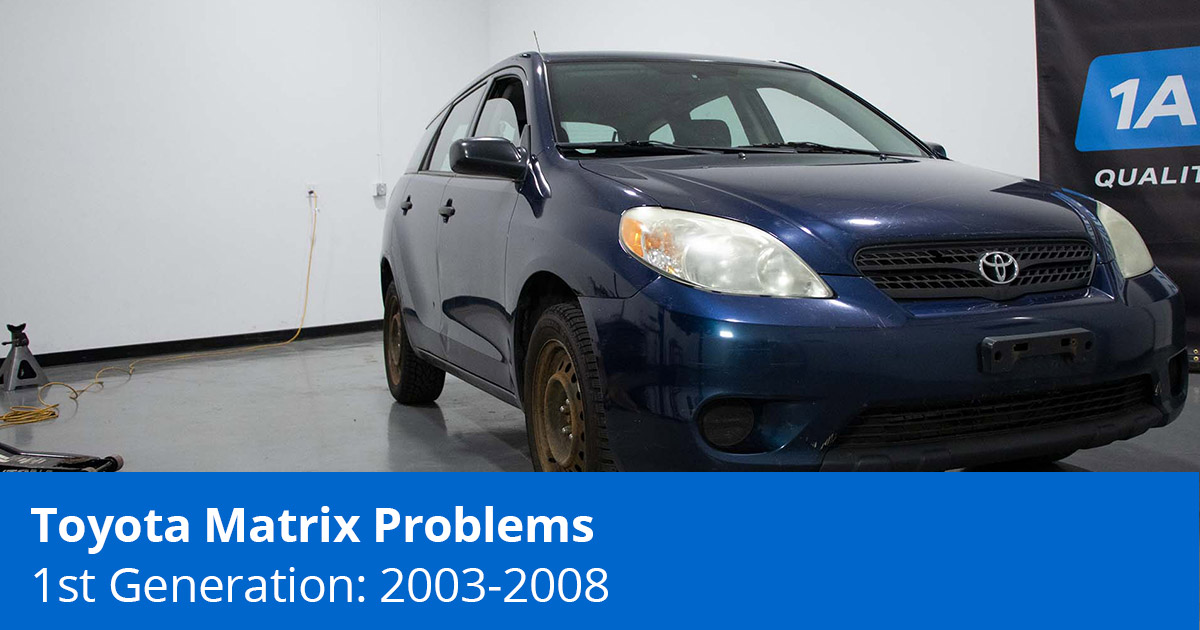