1994-2004 Chevy S10 common problems include intermittent starting, an S10 that won’t start after sitting, an S10 that turns over but won’t start, and other issues like fuel pump problems. Find out their symptoms, causes and fixes as we explore the top problems on the 2nd generation of Chevy S10 trucks, also known as the Chevy S-10 or Chevy S-series.

Symptoms of a Faulty Heater Core

Causes of a Faulty Heater Core

How to Fix a Faulty Heater Core

Common problems with the distributor on the Chevy S10 are from a bad distributor cap and rotor, but sometimes it’s from worn internal parts

How to Fix Distributor Problems

The distributor is located near the firewall. To prevent distributor problems, routinely change the distributor cap and rotor. Check the owner’s manual for recommended intervals, which is usually around 60-100,000 miles.

Growling sound at the front wheels at certain speeds, usually over 30 mph

How to Fix a Bad Front Wheel Bearing

Causes of a Fuel Pump Problems

A bad valve inside the fuel pump sends fuel back into the tank, leaving no fuel or fuel pressure in the fuel lines. Cranking the engine without readily available fuel will cause extended cranking. Turning the key on and off and on and starting the vehicle will prime the system, which is necessary if the S10 won’t start after sitting for a few hours or more.

How to Fix Fuel Pump Problems on the Chevy S10

Symptoms of a Defective Vacuum Switch

Causes of a Defective Vacuum Switch

How to Fix a Defective Vacuum Switch

To inspect the HVAC system for transfer case fluid

Find out how to repair common problems like the ones mentioned in this article and more on your Chevy S10 with 1A Auto’s how-to video. Find install videos for many years, makes, and models in 1A Auto’s video library. 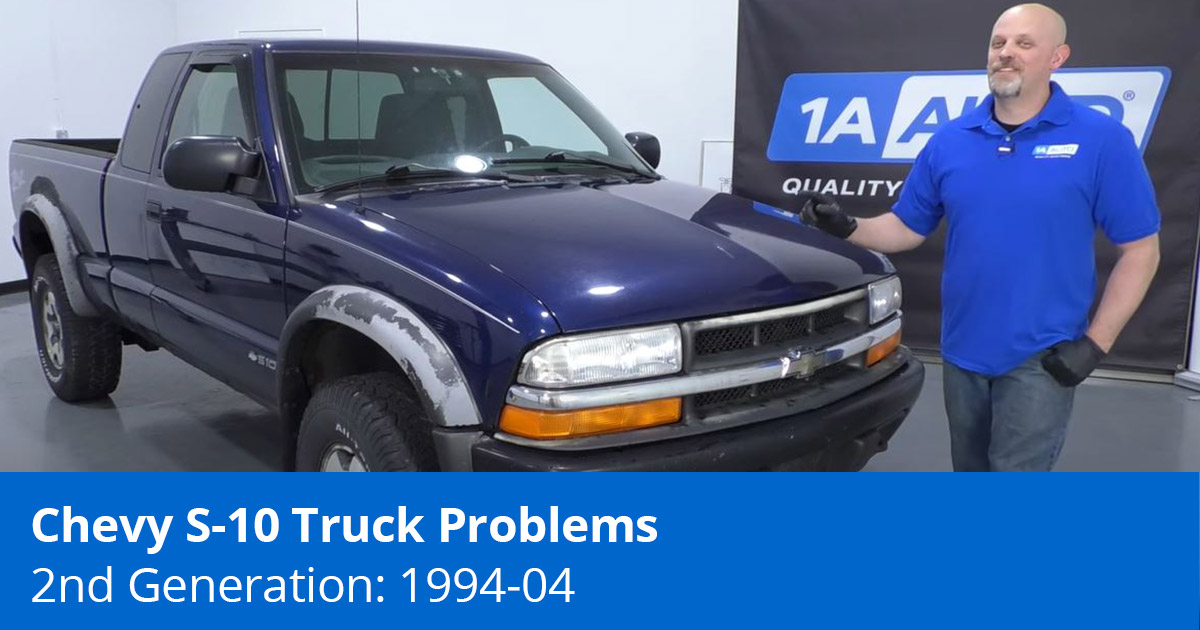