How to Tell If Your Turbo Is Bad

Symptoms of a Bad Turbo

How to Diagnose Bad Turbo Symptoms

The following explains how to diagnose a turbo for a replacement.

1. Test the Compressor Wheel on Your Turbo

2. Check the Blades for Excessive Oil

A bad seal or gasket can cause excessive oil on the blades inside the turbo on the compressor side or the turbine side. If there is excessive oil, the turbo needs to be replaced.

Problems with the wastegate’s operation can cause low turbo boost pressure. If the wastegate is not working or is stuck closed, the turbo will build up too much pressure, causing it to spin too fast. In this case, the car will accelerate abnormally fast.

If the wastegate is stuck open, the turbo will not build up any pressure, causing the turbo to not work.

A stuck or broken diverter valve will also cause low turbo boost.

5. Check the Hoses on Your Bad Turbo

Take the turbo further apart and make sure the intake hoses and even the pressure side of the turbo where it pressurizes the air that enters the intercooler are secure. Loose or disconnected hoses can affect boost.

Exhaust gases go by the turbine side or the exhaust side, past the turbine, and into the compressor side which compresses the fresh air and sends it into the intake. This is how the turbo gets its boost. Check the turbine for play by pressing it in and out. You may be able to hear it or feel it loosely move, which means it is failing.

If the turbine’s blades are broken, replace the turbo as soon as possible since this can damage the engine. This also applies to the exhaust side, which can be inspected by removing oxygen (O2) sensor or a pipe.

If the turbines don’t spin, the turbo is defective. This also applies if the turbos are making a lot of noise or grinding while spinning.

If any part on the intake side of the turbo has markings from the turbo from contacting the sidewall, that is also a sign the turbo needs to be replaced.

Shop Parts at 1A Auto 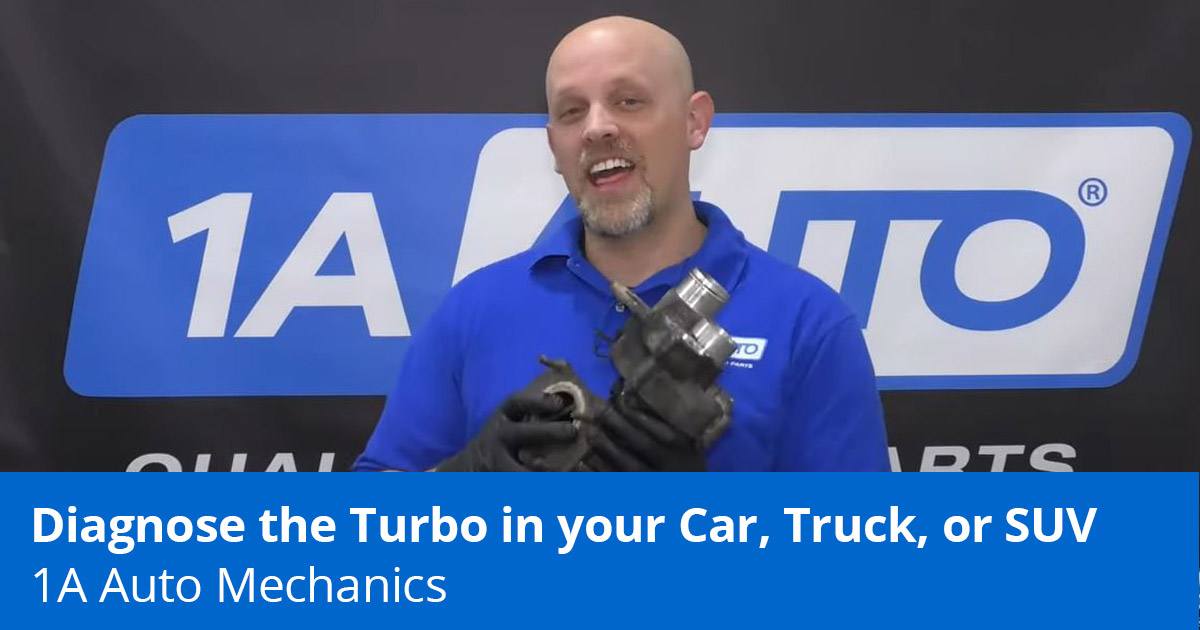 Article Name
What are the Symptoms of a Bad Turbo?
Description
One of the first bad turbo symptoms is low turbo boost. If you have a low turbo boost, you might notice a drop in turbo performance.
Author
1A Auto Team
Publisher Name
1A Auto
Publisher Logo