Back on the 4th of April, I showed off my terribly neglected motorcycle.  It clearly needed a bath, along with a complete tear down, and rebuild.  We left off with a picture of a motorcycle frame & suspension sitting on a wooden block in the middle of the garage. It was not a pretty site, and it only got worse from there.

I continued the tear down even further because I was in far too deep to turn back. The frame, engine and suspension were all completely separated.  The frame itself was still in great physical shape, but had multiple generations of arachnids living in, on, and around it.  Their eviction notice came in the form of brake cleaner, sorry spiders. Under the spiders, was a creamy nougat filling of chain grease that had to be removed with a putty knife.  It was disgusting.  The rear swing arm was covered in that white corrosion that happens to aluminum when it sits, and needed the ol’ brake cleaner treatment as well. 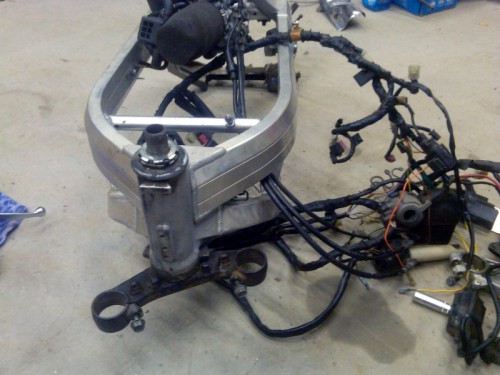 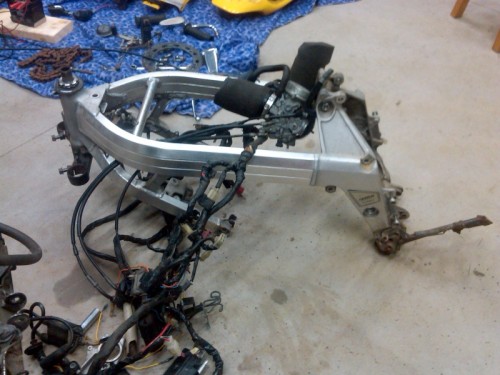 The engine….well…. all the clear coat had “spiderwebbed” (strange coincidence, I know), and began chipping off completely in some places. In the really rough spots, the corrosion had gotten right down to the aluminum case.  All of the steel parts were either rusty or beginning to rust, which just added to the disappointment.  The once chrome oil hose looked like I had found it in the woods, and the rubber carb manifolds were nearly petrified.  Just look at it, it’s shameful! 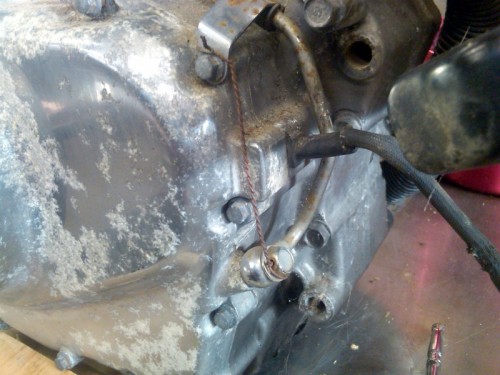 Once I had the engine stripped to the bare minimum, I sealed it up really tight with rags, tape….rags, and then even more tape.  Then I took it outside, and soda blasted the whole thing from top to bottom.  An hour or so later, it looked like a brand new engine again.  Win!  Sadly, the bare aluminum would have taken 47 years to polish, so paint was definitely in the engine’s future.  As you know, you can’t put paint on properly without priming it first though.  Onward with the primer! 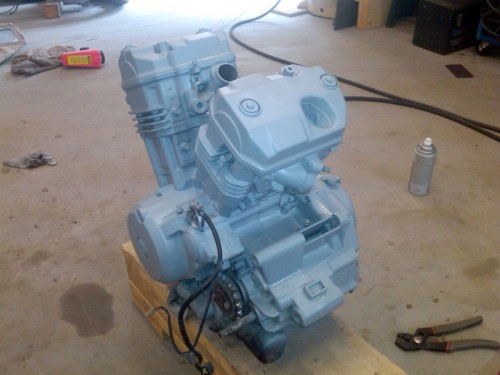 Endless amounts of time then passed.  Waiting for primer, paint, and then clear coat to dry is worse than having to wear those ridiculous hats at a royal wedding.  Seriously.  You can’t assemble anything, and if you do another coat of paint at the wrong time, you ruin the entire paint job.  Go ahead, ask me why I know that….

While I was waiting for paint to dry (again), I washed, waxed, cleaned, wire-brushed, and polished every part that I could.  Days pass, and assembly time had finally arrived. Celebration took place with each newly attached part.  I even made myself a little tray for the top of the engine that holds all the electronics & fuel pump. 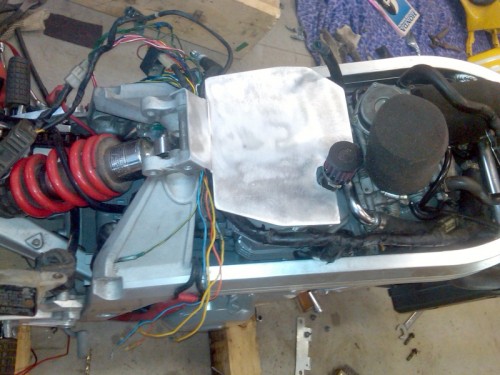 Now, I obviously want my bike to have a million horsepower, but I also want it to look unique. Naturally, I had to build myself a sweet exhaust system to add to the uniqueness.  I haven’t quite figure out the muffler yet though, maybe that will happen this weekend.  I do have an idea, but it could be too crazy to actually work in real life.  We’ll see.  Before long, I had a cool looking bike again, and last night it even moved under its own power for the first time in probably 3 years.  “Loud” is the best way I can properly describe it. 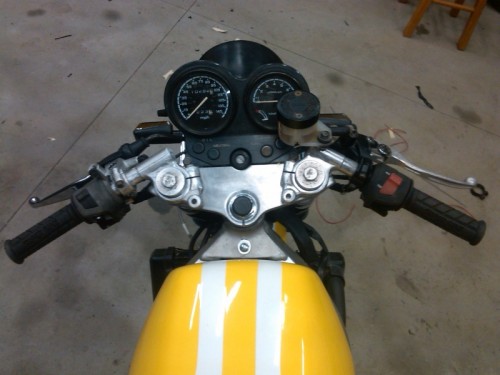 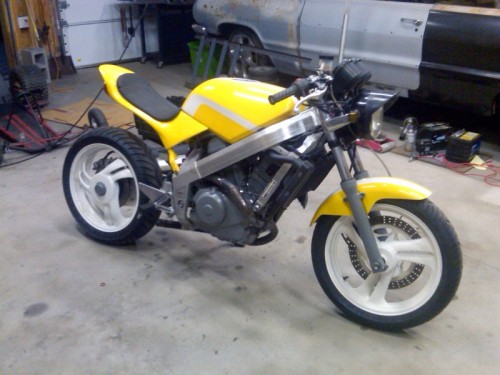 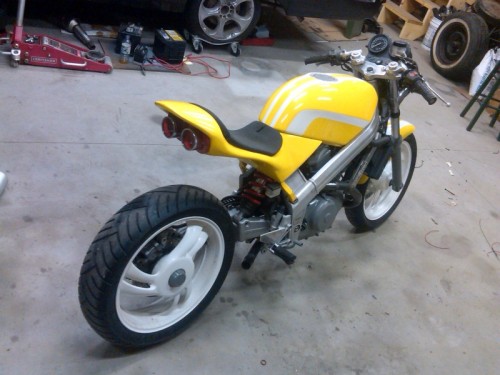 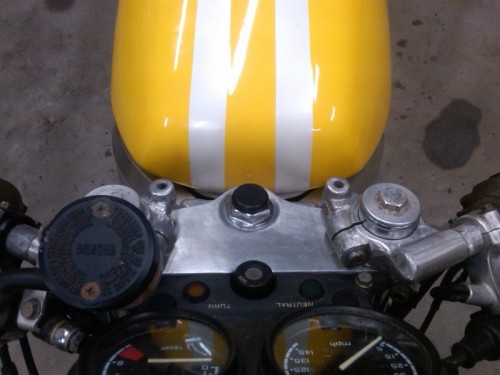 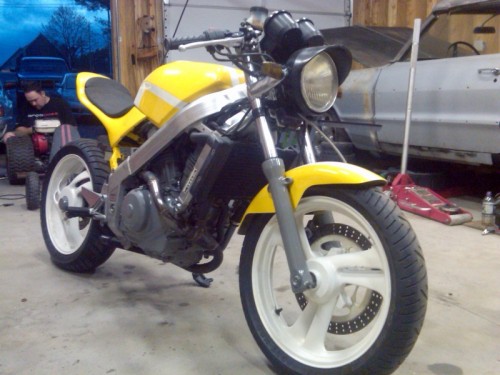 More to come upon completion……