If you have a car with a hood latch stuck, you might not be able to open or close the hood. Luckily there are solutions, and sometimes it’s as simple as cleaning the hood latch. This article explains how to fix, open or close a hood if the hood latch is stuck or broken and won’t lock or unlock.

Symptoms of a Broken or Stuck Hood Latch

Causes of a Broken or Stuck Hood Latch

The hood latch is usually exposed to outside elements if it sits behind the grille. The grille has openings to let air pass through to cool the radiator, but sometimes elements and debris like dirt, moisture, and road salt sneak in. This can rust and rot out the hood latch and affect its operation.

Many hood latches on cars today have two safety release latches—a primary latch that is controlled by a lever that initially unlocks the hood latch and a secondary latch that is also controlled by a lever that is usually unlocked directly by hand at the front of the vehicle to release the hood. If either of these levers are stuck from corrosion, it can keep the hood from opening or closing.

Since not all hood latches are designed the same, a hood latch that won’t open or close could be caused by a bad lever or cable. If the hood latch cable or hood latch handle is broken, it’s likely because there is a rusted hood latch that isn’t functioning properly and is putting extra strain on these parts.

A misadjusted hoot latch will shift from where it’s bolted, possibly causing the latch to only partially unlatch.

Stoppers apply light pressure to the hood in the upward position to stabilize the hood when the latch is released. If they are broken or not adjusted properly, it can cause an issue with the hood latch not releasing the hood.

How to Fix a Broken or Stuck Hood Latch

How to Open the Hood If the Hood Latch Is Broken

The hood latch is usually the issue, so check that first, which is usually located at the front of the vehicle behind the hood.

If cleaning the hood latch doesn’t improve its functionality, replace yours with an affordable and quality replacement at 1aauto.com. Install it yourself with thousands of how-to videos for many makes and models. 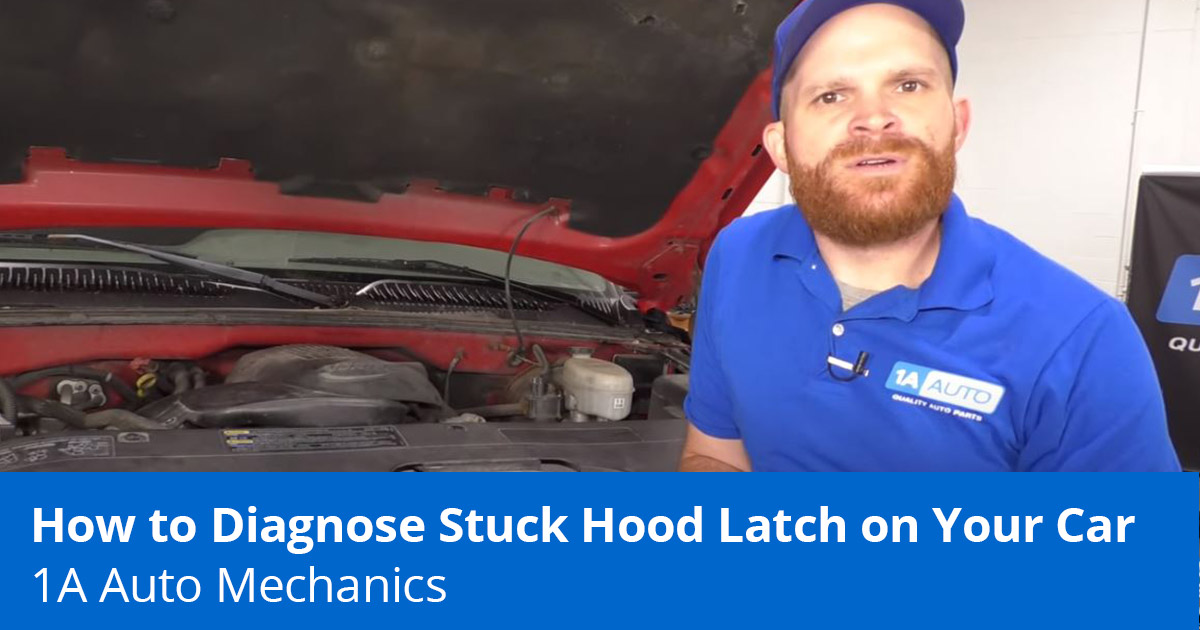 Article Name
Hood Latch Stuck? How to Fix a Hood Latch that Won't Lock or Unlock
Description
If you have a car with a hood latch stuck, you might not be able to open or close the hood. Luckily there are solutions, and sometimes it's as simple as cleaning the hood latch.
Author
1A Auto Team
Publisher Name
1A Auto
Publisher Logo