If you’re trying to remove the shock, and the bolt is stuck in the shock bushing, find out some methods on how to remove rusted, stuck shock bolts yourself in this article and video.

How to Remove a Rusted Bolt Stuck in a Shock Bushing

You might be replacing your shocks and noticed the bottom bolt is rusted, won’t loosen, and is stuck in the shock bushing. The bolt may have rusted over time from moisture and the bushing swelled, making it difficult to remove the bolt. You don’t want to heat the bolt up because the shock is pressurized with gas, but there are some methods you can try.

How to Remove a Rusted Bolt Stuck in a Shock Bushing

DIY Videos: Learn to Do More Than Fix a Bolt Stuck in a Shock Bushing

Learn how to replace parts on your car. We have thousands of how-to videos with instructions from expert mechanics covering repairs on hundreds of models. 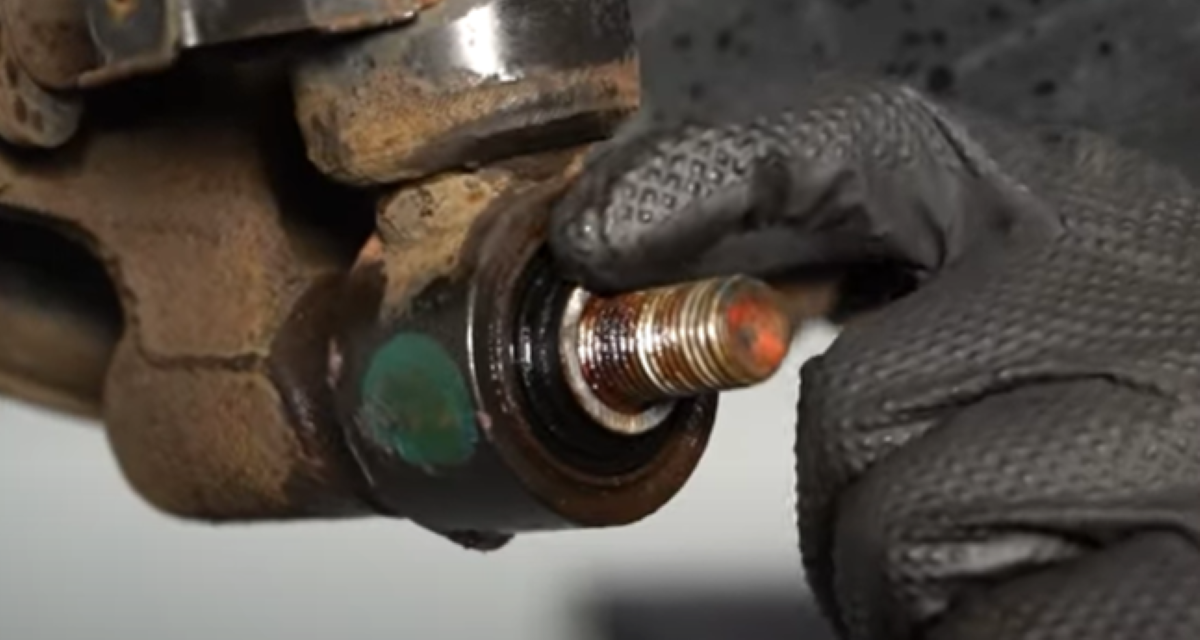 Article Name
Bolt Stuck in Shock Bushing? Remove a Rusted Shock Bolt - 1A Auto
Description
If you have a rusted bolt stuck in a shock bushing, our expert mechanics in this guide and video leave tips that can help you remove it yourself
Author
1A Auto Team
Publisher Name
1A Auto
Publisher Logo