The Ford Explorer is a popular SUV. It has existed since 1991, is currently in its 6th generation, and is very similar to the Mercury Mountaineer. This post and video reviews the top Ford Explorer issues owners have experienced with the third generation that covers model years 2002 to 2005.

How to Fix Ignition Coil Problems

If there is an issue with multiple cylinders, the ignition coil pack might have to be replaced. We recommend checking the condition of the spark plug wires and the spark plugs since those are usually replaced at the same time.

The timing chain helps keep the engine timed. If the valve can’t open and close at the right moment, the engine will have trouble running right.

We recommend fixing this problem as soon as possible. Not doing so can cause internal engine damage.

The sensor on the fuel pump that gauges the fuel level may fail. The fuel pump also sends fuel up to the engine, and sometimes the pump wears out. Running on low fuel often can also burn out the pump, and a humming noise from the gas tank is usually a symptom of a failing fuel pump. If the fuel pump is failing, it may also cause problems with the engine like a lack of power from low fuel pressure.

How to Fix Fuel Pump Failure

Retest the conditions after the fuel filter is replaced. If the problem persists, replace the fuel pump, which is located on the passenger side inside the fuel tank under the Explorer.

If the wiper blade isn’t touching the rear window, there could be a problem with the wiper blade but it’s usually because the hinge on the wiper arm is worn or corroded and is no longer able to apply pressure to the blade and hold it against the window.

If the wiper arm isn’t moving after being switched on, the wiper motor has failed.

If the wiper arm hinge is rusted, spray it with rust penetrant and move the arm up and down to work the fluid in, which should help loosen the hinge so it can apply the right amount of pressure. Replace the wiper arm if it still doesn’t work.

Test the wiper motor’s electrical connector for power and ground. If the connector is working and power is reaching it but the motor doesn’t work, the motor is defective and needs to be replaced.

Causes of Splitting on the Exterior Rear Hatch Trim

Sometimes the exterior trim on the rear hatch splits or cracks on the 2002 to 2005 Ford Explorer.

The only fix for this problem is to replace the exterior trim on the rear hatch.

Fix Your Own 3rd Gen Ford Explorer and More

Learn how to diagnose and replace parts on your own Ford Explorer with 1A Auto’s how-to videos that have step-by-step instructions from professional mechanics for many makes and models. 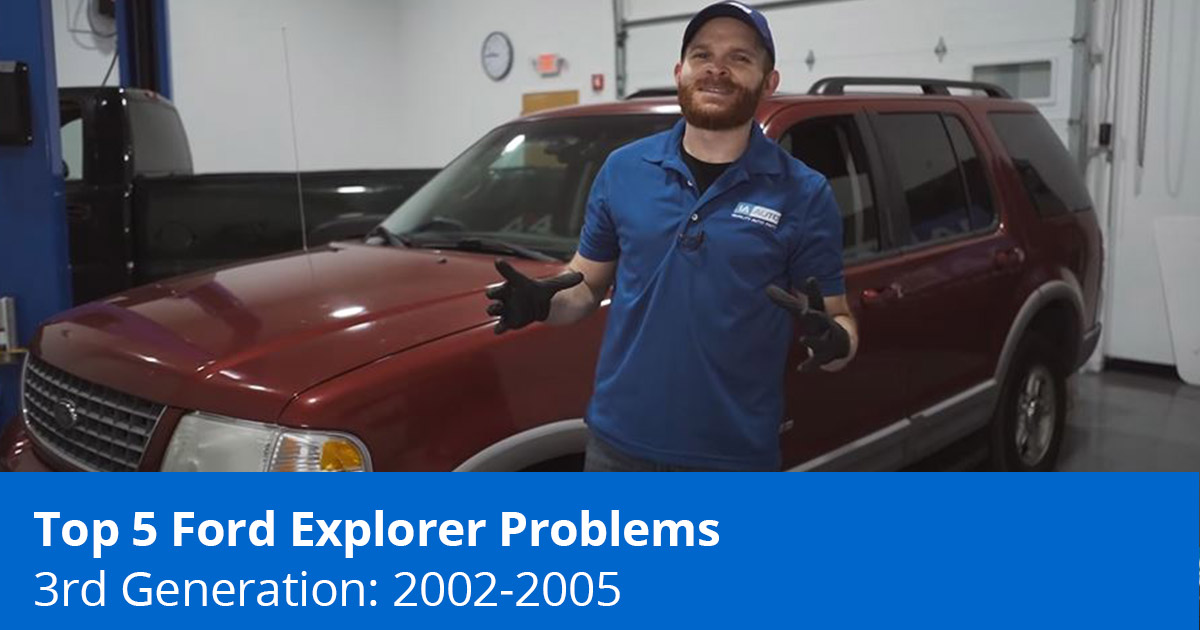