Common first-generation Chevy Avalanche problems include a tailgate that won’t latch, a tailgate with a broken handle that won’t open, or faded plastic panels that need restoration. All vehicles have their common problems, so our experts went over the top problems owners experience with the Chevy Avalanche, some of their causes, and how to fix them.

How to Fix Faded Plastic/Trim

Signs the Avalanche Has a Fuel Trim Code

The engine needs an air/fuel mixture of 14.7:1 for the best engine performance and fuel mileage. The mass air flow (MAF) sensor and oxygen (O2) sensors measure this ratio. If air manages to get into the intake and pass the MAF sensor without a reading, it will throw the ratio off and trigger a check engine light.

Parts that Can Cause a Fuel Trim Code

How to Fix Fuel Trim Codes

The impact sensors are attached to the front of the frame/lower radiator support. Sometimes the wires can tear or an electrical connector can corrode, but usually the impact sensors corrode.

Replace the impact sensor if it is defective. We recommend replacing the impact sensors in pairs. Steps include disconnecting the battery, removing the 10mm bolt from the bottom of the sensor, and sliding it out of the truck.

Symptoms of a Bad Encoder Motor

How to Fix a Bad EVAP Vent Valve

Symptoms of a Broken Tailgate Handle

How to Fix a Broken Tailgate Handle

To replace parts yourself, check out 1A Auto’s how-to videos, which cover many years, makes, and models, including the 2002-2006 Chevy Avalanche. 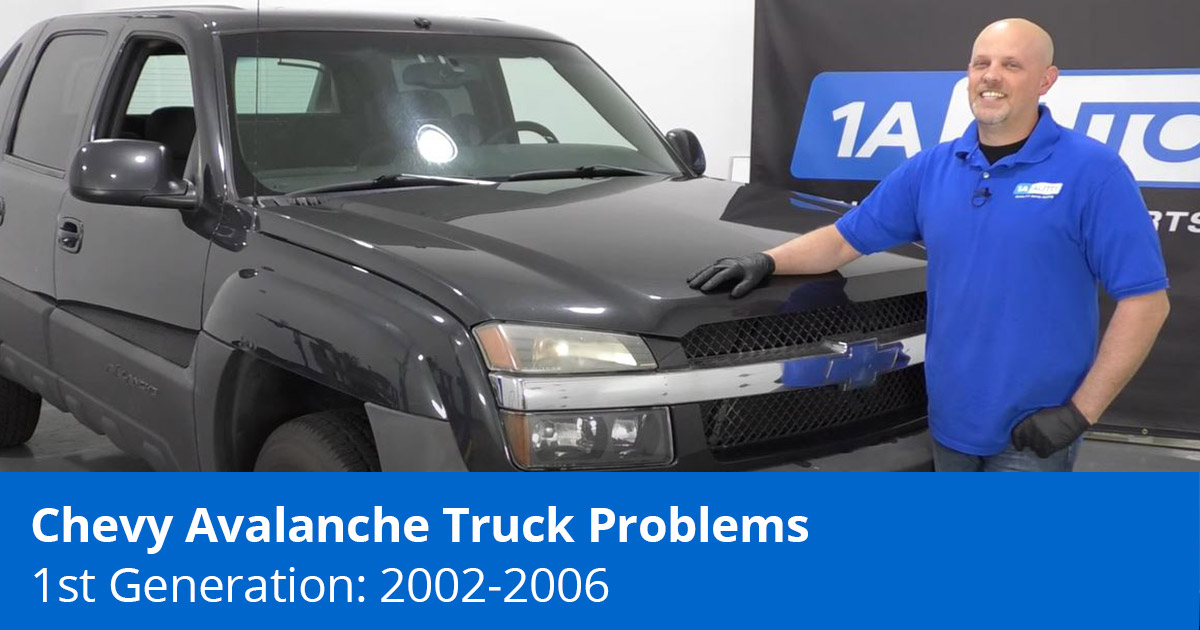 Article Name
Common Chevy Avalanche Problems | 1st Gen 2002-2006
Description
Top problems owners experience with the Chevy Avalanche 2002-2006, some of their causes, and how to fix them.
Author
1A Auto Team
Publisher Name
1A Auto
Publisher Logo