The Dodge Durango has three generations and has existed since the 1998 model year. This post reviews the top 5 2nd gen Durango problems, years 2004 to 2009.

The cowl panel is located along the bottom of the windshield and houses the wiper assembly. The windshield cowl has several important seals to keep moisture from reaching the engine. The seals on the 2nd gen Durango sometimes allow water to collect on top of the engine. Water on top of the engine can affect parts like the ignition coils and their electrical connections. Water on the ignition coils can affect combustion and cause problems like misfires or a check engine light.

How to Fix Bad Cowl Seals

Check the seals for cracking, breaking, looseness, or other signs that may allow water to get by. Check the electrical connections near the cowl for corrosion or moisture, and replace any broken parts. You will likely need to replace the entire cowl if replacing the seals.

The exhaust gas recirculation (EGR) valve is located by the alternator underneath the air inlet tube. The tube leads from the exhaust to the valve and then to the engine. The valve is supposed to open and close as needed and will open up and recirculate some exhaust fumes back into the combustion chamber to decrease pollution and smog. Sometimes the hot exhaust gases build carbon in the valve and tube and affect its ability to recirculate exhaust.

How to Fix EGR Valve Failure

The fuel system is designed to vent air pressure when filling up. If there is an issue with the vent valve or the breather tube that runs along the fuel filler neck, too much pressure will build inside the system.

Putting the gas on low to pump the gas with this issue can cause gas to spray out of the filler neck once the gas nozzle is removed. This is from an air bubble trapped inside the filler neck that could not escape from the vent.

Dirt can accumulate between the pinion seal and the metal and damage the seal. This can cause differential fluid leaks. The differentials have gear oil that helps them function without friction. If moisture or debris sneaks inside, it can create a howl noise if it reaches the gears.

How to Fix Differential Leaks

If there is an axle seal leak by the brakes, we recommend replacing both axle seals since the procedure requires removing the differential cover and a couple pins inside the axle housing. Also, inspect the brakes near the leak. If differential fluid reached the braking area, it may have collected on the pads or the emergency brake shoes. Cleaning and sanding the pads and shoes may clean it, but they will likely need to be replaced.

How to Fix A/C Smells

Crawl underneath the front of the truck on the passenger side and find the vent tube near the right front wheel well. Spray pressurized air inside. You may feel a lot of pressure until it breaks free and drains any water. Once the moisture is out of the system, spray the inside of the venting system with an antibacterial.

Learn how to do repairs like the headlights, brakes, and window regulator on the 2nd gen Dodge Durango with 1A Auto’s how-to videos. 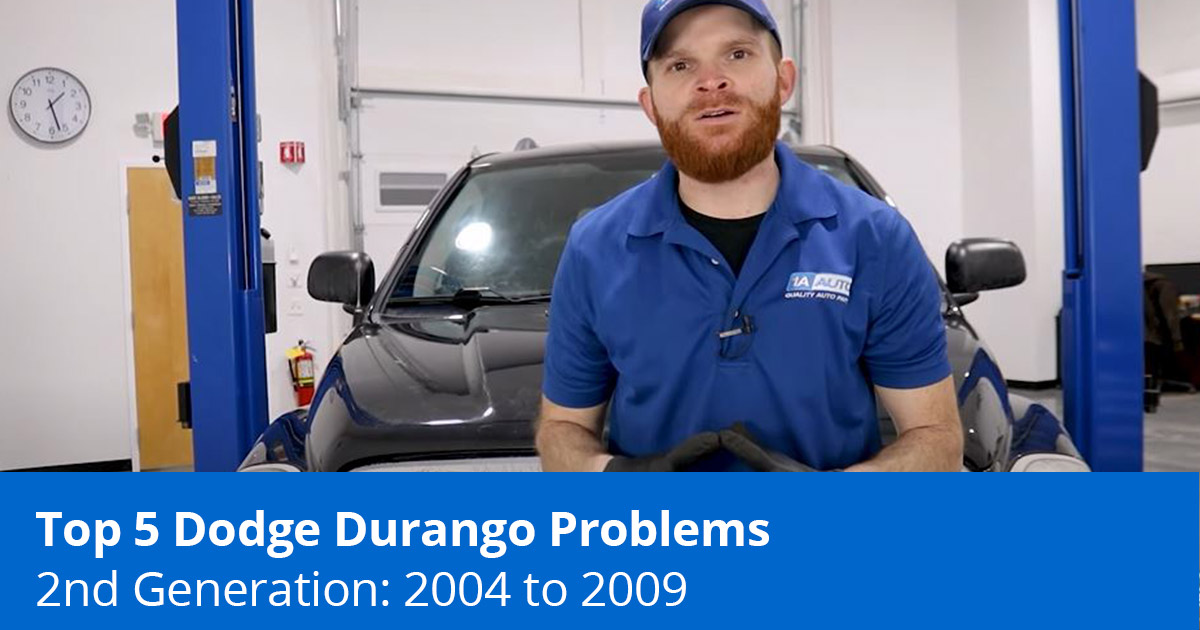