In today’s post, we go over the top 5 Chevy Avalanche problems and failures that we have seen in the second-generation model year 2007 through 2013. We’ll also go over the most common symptoms and tips that you can use to solve these problems yourself.

The second-generation Chevrolet Avalanche is a special truck in many ways. For starters, General Motors offered a Z71 package that beefed up its off-road capabilities. Buyers got a specially-tuned suspension that could take on both road surfaces and rough terrains. Aluminum skid plates and a special automatic locking rear differential made the truck all the more capable.

The throttle body is a part of the air intake system that allows more or less air to flow into the engine. In the second-generation Chevrolet Avalanche, it’s located at the top of the engine just beneath the top plastic cover.

It comes with an electronic motor with sensors attached to it. The motor controls the throttle valve based on the signals sent to the electronic control unit (ECU). Over time, the sensors fail.

How to Fix Throttle Body Failure

The EVAP system is a system in your truck that keeps fuel vapors contained and prevents them from getting released into the atmosphere. Like most GM vehicles, the 2007-2013 Chevrolet Avalanche also has EVAP problems.

How to Fix EVAP System Problems

When fixing the problem, you always want to start with the gas cap. Check to see if it’s loose or cracked.

The Active Fuel Management (AFM) lifters are a trademarked technology from General Motors. They shut half of the engine cylinders when the truck is going down a road or when it’s under light-load conditions to improve gas mileage and reduce fuel consumption. This is achieved by collapsing the lifters.

Sometimes, those lifters get stuck and fail to return to their original position. Since they are part of the internal engine components, the valves also stay closed.

How to Fix AFM Lifter Problems

Most AFM lifter problems are caused by oil pressure and control problems. The system comprises a Valve Lifter Oil Manifold (VLOM) that sends pressurized oil to the lifters when it’s time to close the cylinders. It then shuts off the oil supply when it’s time to open them. When fixing the problem, it may not be enough to just replace the AFM lifters. You’ll need to check the VLOM for proper operation.

All four doors on the 2007-2013 Chevrolet Avalanche have door handles both on the inside and the outside. With time, they tend to break near the pivot area due to constant pulling on the wrong side. The part that fastens the door handle to the lock mechanism is made of weak plastic.

If there’s physical damage, the handle can break and cause further damage to the door lock actuator and lock switch. The inside door handles also experience the same problem.

How to Fix Broken Door Handles

You’ll need to remove the door panel to gain access and replace the door handles. Remember to replace anything that may not be working properly.

Just like the previous model, the second-generation Chevrolet Avalanche comes with a plastic trim that eventually fades. The cladding develops cosmetic issues and gets chalky and discolored. It can experience streaking under different conditions. This is caused by exposure to sunlight and heat.

How to Fix Fading Plastic Trim

The 2007-2013 Chevrolet Avalanche doesn’t have as much plastic cladding as its predecessor. One of the ways you can solve the fading is by using a heat gun. The heat brings the plastic oils to the surface and restores the plastic to its original condition. The fix is temporary, and you will only have a few heat cycles before there are no more oils left in the plastic.

You can also opt for a plastic trim restorer which lasts for about 12 months. One thing to note about this is that some products can take as long as three days to dry up. Another solution is to use creamy peanut butter. It adheres to the plastic and the oil left behind—leaving a clean, glossy, and natural shine. 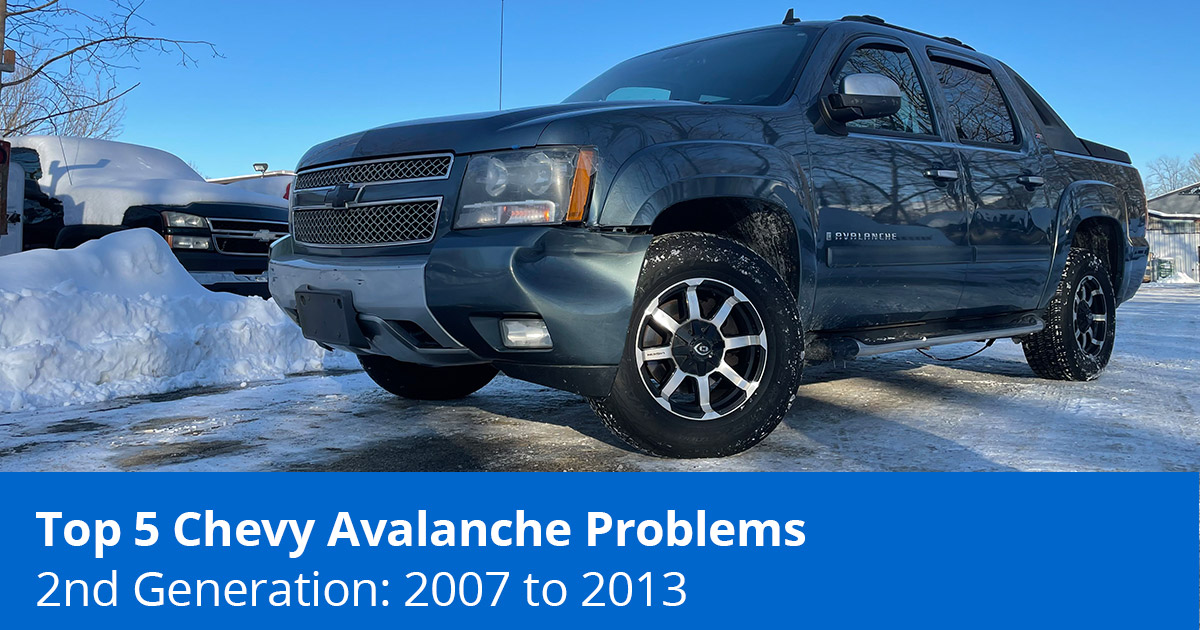