The Nissan Xterra is a compact SUV that debuted in the 2000 model year. This post covers the top 5 Nissan Xterra problems of the 2nd generation, years, 2005 to 2015, and their symptoms, causes, and fixes.

Replace the fuel level sensor, or for an easier replacement, replace the entire fuel pump assembly.

How to Fix Faulty Transmission Coolers

Drain out as much transmission fluid as possible and flush the transmission system and coolant system. We recommend replacing the radiator and installing an external transmission cooler, and then refilling the systems with new fluid.

If the engine is having runability issues on the 2005 to 2015 Nissan Xterra, it might be the timing chains.

Fixing the timing chains includes taking the engine apart. The timing chains and timing shoes are usually replaced together. We also recommend changing the oil and installing a new filter after this repair is completed.

How to Fix Undetected Coolant Leaks

Read more about how to perform a coolant pressure test

Symptoms of Heat Problems on the 2nd Gen Nissan Xterra

Causes of Heat Problems on the 2nd Gen Nissan Xterra

Air inside the cooling system that traps inside the heater core won’t reach the same temperature as the hot coolant flowing through the heater core, meaning there’s less heat for the blower motor to send into the cabin.

How to Fix Heat Problems

Heat problems on the 2005 to 2015 Nissan Xterra usually stem from a coolant leak. Fix the coolant leak, flush out the coolant system and bleed out any air. An easy method to this is to chock the rear wheels, put the vehicle in park, and put on the emergency brake. Jack up the front of the truck. As the truck is jacked up, the air bubbles will rise to the top of the fluid where the radiator is, allowing you to burp out any air in the system. 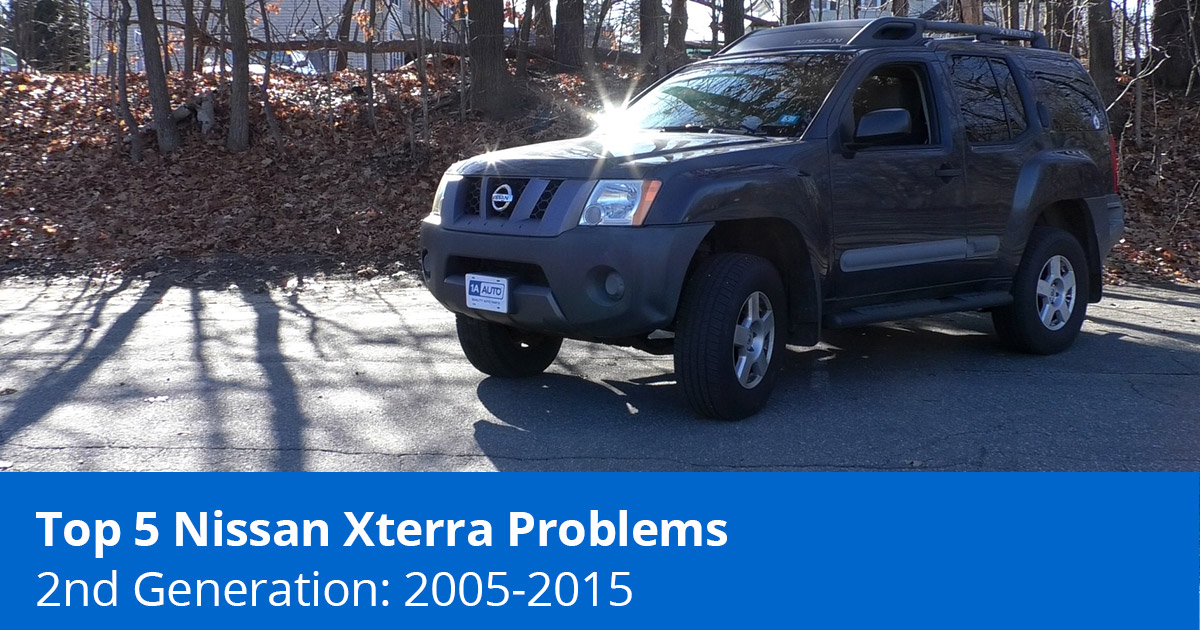 Article Name
Top 5 Nissan Xterra Problems - 2nd Generation (2005 to 2015) - 1A Auto
Description
Learn the top 5 Nissan Xterra problems of the 2nd generation, years 2005 to 2015, like issues with coolant leaks and the interior heat as our experts review their symptoms, causes, and fixes.
Author
1A Auto Team
Publisher Name
1A Auto
Publisher Logo