The Toyota Prius is one of the first mainstream vehicles powered by gasoline and electricity. This post reviews the top 5 Toyota Prius problems of the 3rd generation, years 2010 to 2015.

To fix multi-function display issues, bring the Prius to a shop that specializes in this repair.

How to Fix Fuel Gauge Problems

Have the dealer recalibrate the car.

The EGR valve can plug up with carbon and a port that runs to the intake.

How to Fix EGR Valve Problems

The EGR valve is located behind the driver’s engine air filter housing near the driver side. Remove the EGR valve and disconnect the tube. Try to clean it from any deposits—it can be difficult due to the small ports but it is possible. If cleaning it doesn’t fix it, the EGR valve needs to be replaced.

If you get a check engine light for a water pump code, don’t ignore it because that could blow the engine.

How to Fix Water Pump Problems

The bulbs tend to overheat the socket on the 3rd gen Toyota Prius, causing them to burn out. 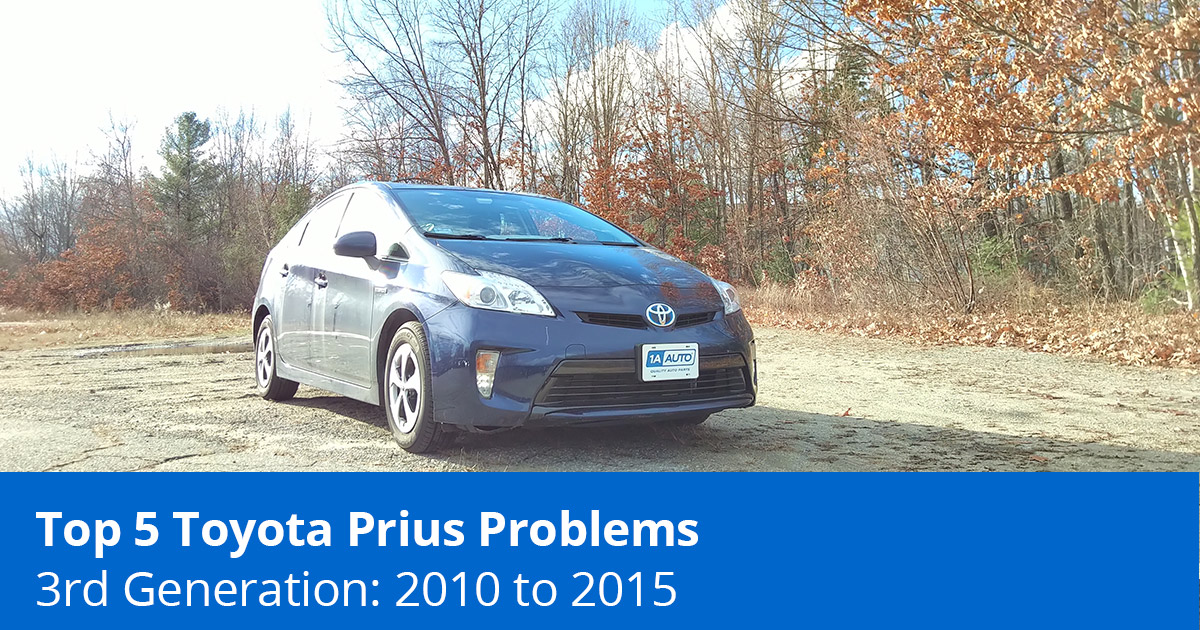