Some common 1998 to 2012 Ford Ranger problems include issues with the transmission and oxygen sensors (or O2 sensor). While the Ranger is a classic compact truck, each generation has its own common problems. We review the top 5 issues on the 3rd generation of Rangers, years 1998 to 2012, and what you can do to find and fix some of them yourself.

How to Fix Cylinder Head Problems

Check the condition of the spark plug wires and fuel injectors and check for spark. If these parts are working, conduct a compression test, which requires removing the spark plugs and placing the tester in the cylinders to check them.

How to Fix a Faulty Flex Fuel Sensor

Symptoms of Transmission Problems on the 3rd Gen Ranger

Dirty, bad, and low transmission fluid can cause issues with shifting. There may also be an issue with the intermediate band or the valve body.

How to Fix Transmission Problems on the 98-12 Ford Ranger

If the transmission fluid is in good condition, the intermediate band and the valve body itself can be adjusted. An updated spacer plate between these two could correct the issue without having to rebuild or replace the transmission.

The bracket tends to break, causing the wire to touch the exhaust and melt. When it burns down to the metal in the wiring, it will blow a fuse and cause the engine to run rough.

How to Fix O2 Sensor Problems

Replace the O2 sensor and the fuse if necessary

Symptoms of a Defective Combination Switch

How to Fix Multi-Function Switch Issues

Fix your own 3rd gen Ranger with many of 1A Auto’s how-to videos covering repairs such as the front and rear brakes, window regulator, tie rods, alternator, wheel hubs, and more 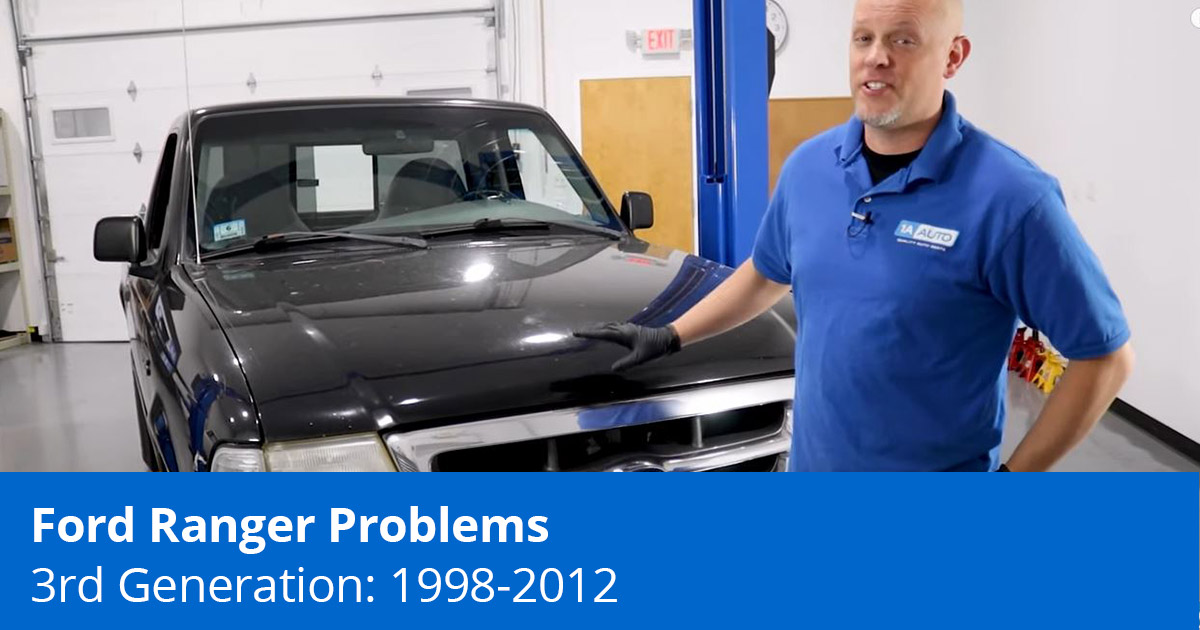