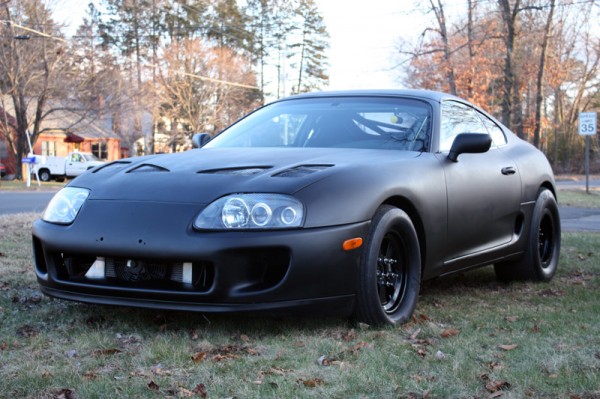 In the automotive world, there is a tongue-in-cheek joke about Toyota Supras, it goes something like:

Well, today I have found official evidence that 1200 horsepower Supra’s do in fact run faster than 12’s in the quarter mile.  It comes in the form of… you guessed it! an eBay listing for an absolutely evil looking MKIV Toyota Supra.  Here are a few stats that will make you question what you are doing with your life.

Naturally, there are also videos of this thing in action. Watch this and look at how disturbingly hard this car launches.  I don’t know how it doesn’t spit the driver through the rear window at the starting line.  I mean it is truly ridiculous. The 60 foot times on this must be mind blowing.

7 thoughts to “We Found That 8 Second Supra You Wanted”