One of the most common Chevy truck ABS brake problems is low-speed ABS activation. To find out why your Chevy truck has low-speed ABS activation, it’s best to first understand how the system works. The anti-lock braking system (ABS) is a safety feature that prevents your vehicle’s wheels from locking up when you suddenly press hard on the brake pedal. Locking up refers to when the wheels stop rotating, leaving the vehicle to slide forward due to the momentum.

In such a situation, the driver would not be able to effectively steer the car away from any objects that may be in front of him. The ABS system uses sensors to monitor the wheel’s rotational speed and a hydraulic unit to “pump the brakes”. This helps it know when to apply the brakes.

It repeatedly applies and releases the brake to prevent the wheel from locking up. Depending on the car you own, it could be connected to all four wheels or just the front wheel.

Sometimes, the ABS system on your vehicle may activate unexpectedly when you brake at slow speeds of about 5-10 mph. This is despite putting a soft press on the brake pedal. You may hear the ABS pump groan from underneath and feel the brake pedal try to push itself back up against your foot. It goes from normal to soft then to rock solid in two to three seconds.

This is caused by a weak signal that’s generated by the ABS speed sensors due to corrosion. The rust that builds up on the steering knuckles pushes the sensors away from the toner and the axle. Since the signal is too weak, the ECU thinks that the car is undergoing abnormal deceleration and therefore, activates the ABS.

This is not just a common Chevy truck ABS brake problem but one of the most common problems experienced in 1999-2000 SUVs and trucks from General Motors. GM even has an existing product safety bulletin out. The bulletin acknowledges a condition in the cars that causes corrosion to occur between the wheel speed sensor and the front hub assembly.

In this post, we’ll take a look at how you can fix low speed abs activation in your car.

Fortunately, this is one of the Chevy truck ABS brake problems that is pretty easy to resolve on your own. To fix the unnecessary pulsation or groan you feel and hear every time you step on the brake pedal at low speeds, you’ll need to clean off the corrosion that has built up around your ABS sensors.

How to Fix the ABS on Your Chevy Truck

Following these steps should prevent the unintended low-speed ABS activation on your Chevy truck. If the issue occurs again in the future, it may be necessary to perform steps again or make it an annual routine as a preventative measure.

Shop Parts and Tools Featured in This Article 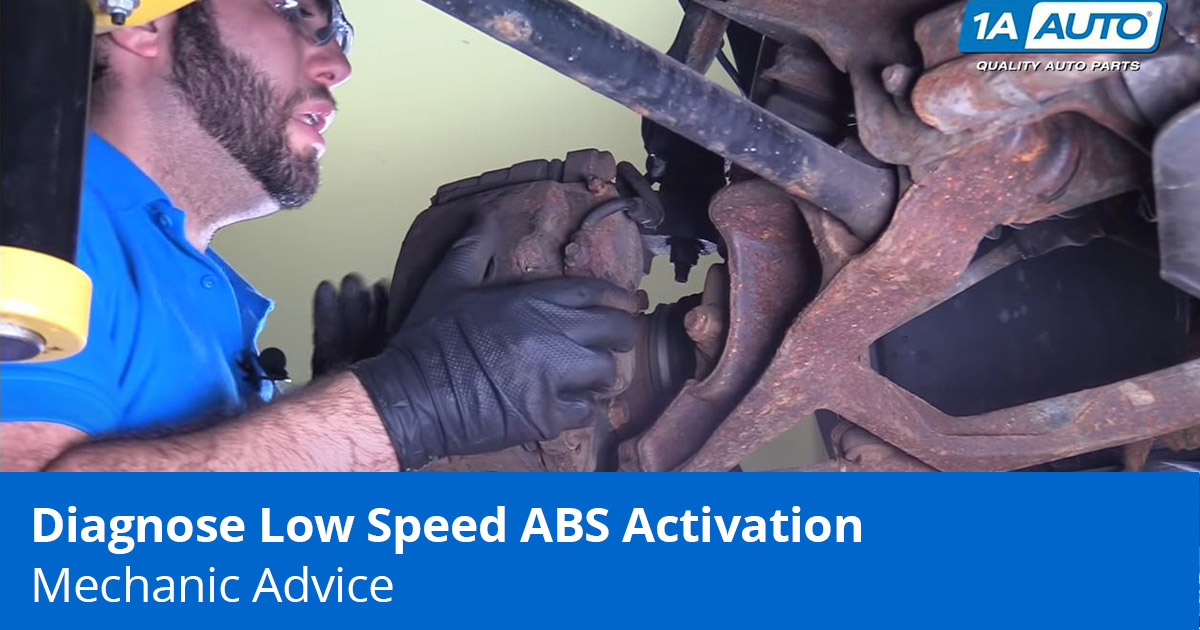