If your car won’t start or your battery is dead and you need a jumpstart, jumper cables can draw the voltage and amperage from another car to get your vehicle running. This article explains how to jumpstart a car with jumper cables.

How to Jumpstart a Car Battery

Inspect the Terminals and Battery

Before starting, make sure the battery terminals are not loose and can’t pivot. Corrosion is a sign of a battery draw and is a potential cause of a low charge.

Check the manufacture date of the battery. Batteries usually last about 5 years depending on the charging system and how often it is used.

If the vehicle sat for an extended period of time, like days, weeks, or months, the battery will drain down, especially with corrosion. If the battery charge falls too low, the vehicle won’t start.

Test the Voltage with a Multimeter

Differences in Battery Sizes: Confirm the Other Vehicle Can Start the Car

Since there are different sized engines and battery sizes, you may see a big difference between the two different batteries.

It’s easier to jumpstart a smaller vehicle with a larger vehicle that requires more amps.

How to Properly Jumpstart a Car

Steps for Jumpstarting a Dead Battery

What If the Car Turns Off After the Jumper Cables Are Removed?

The car should be able to run using the alternator. You should still be able to drive and possibly charge the battery if the battery is dead. For a car that turned off and didn’t crank over again after disconnecting the jumper cables after jumpstarting the car, more than likely there is an issue with the alternator and it should be tested. 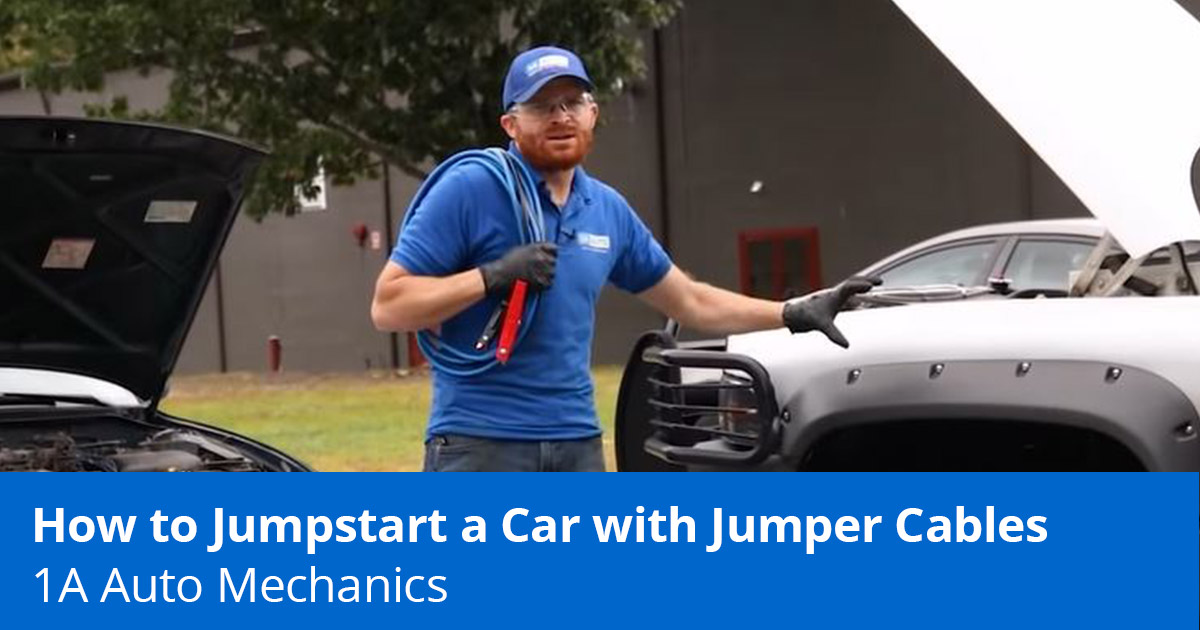 Article Name
How to Jumpstart a Car with Jumper Cables - 1A Auto
Description
This article explains how to jumpstart a car or truck and use jumper cables if the battery is dead or your car won't start.
Author
1A Auto Team
Publisher Name
1A Auto
Publisher Logo