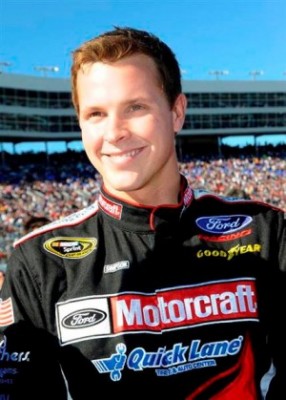 Trevor Bayne, the rookie who won this year’s Daytona 500 was guaranteed a spot in this years Nascar All-Star Race at Charlotte Motor Speedway on Saturday night.

In early April he was bitten in the elbow by something, they we’re not sure if it was a spider or a tick. Trevor ended up in the hospital shortly after the Texas race in April where he was treated and released for a bug bite. He had resumed his driving duties for the Wood Brothers until the end of April when inflammatory and vision symptoms had appeared landing him back in the hospital.

Reports say that his symptoms are unrelated to the insect bite and that he is now back out of the hospital and on his way to recovery.

To put all of this into perspective, here you have a Cinderella story of a rookie driver that has won the super bowl of Nascar, with an underfunded team that had taken every resource that they had to put a car together for the race. So they win the Daytona 500 and by Nascar’s rules the car gets confiscated and placed into the Daytona museum for a year until the next Daytona 500. Now they needed the money to build another car.

Now that’s not all, to throw another wrench into the plan, because Trevor won the Daytona 500, that guaranteed him a spot into Nascars All-Star Race which the Wood Brothers didn’t have a sponsor for. Trevor Baynes father called the president of the Good Sam Club and secured funding for a Good Sam Club sponsored Ford for the event.

I can’t help but think all of the obstacles that this poor guy has overcome to enter this event, only to be benched by a situation beyond his control. Reports seem to point in a positive direction and that he should be back in the drivers seat sometime in the near future.