How to Diagnose Poor Fuel Economy: Tips from the 1A Auto Mechanics

Is your car using too much gas? Having a car that has poor fuel economy means that your vehicle isn’t running efficiently. It also means that you’ll be making more trips to get gas and spending a lot more money at the pump. Whether you own a truck, SUV, or car; a sudden drop in fuel economy is never a good sign. It can cause your vehicle to lose power.

There are different reasons why your vehicle has poor fuel economy. It could be due to a mechanical issue that you need checked by a professional or a change in your driving habits. Whatever the case may be, you’ll need to first diagnose the car by taking a look at one of the most important parts – the air filter.

How important is an air filter to an engine?

Your engine air filter prevents dirt, dust, and other contaminants from reaching the engine. It also ensures that only clean air gets in, a very important component of the combustion process. A proper mix of air and fuel allows the engine to perform at its peak efficiency. If you have a car using too much gas checking for a dirty air filter is a great place to start.

An air filter that’s clogged or filled with dirt, sand or debris restricts the amount of clean air getting to the engine. This in turn affects the combustion process and as a result leads to bad gas mileage.

Think of it like running while wearing a mask over your nose. You may be able to run for a short distance but when it comes to prolonged movement, you will struggle. In a similar fashion, a clogged air filter causes the engine’s acceleration, torque, and power to suffer. The engine is forced to work harder than normal. This can be the cause of your car using too much gas.

How to Diagnose Poor Fuel Economy 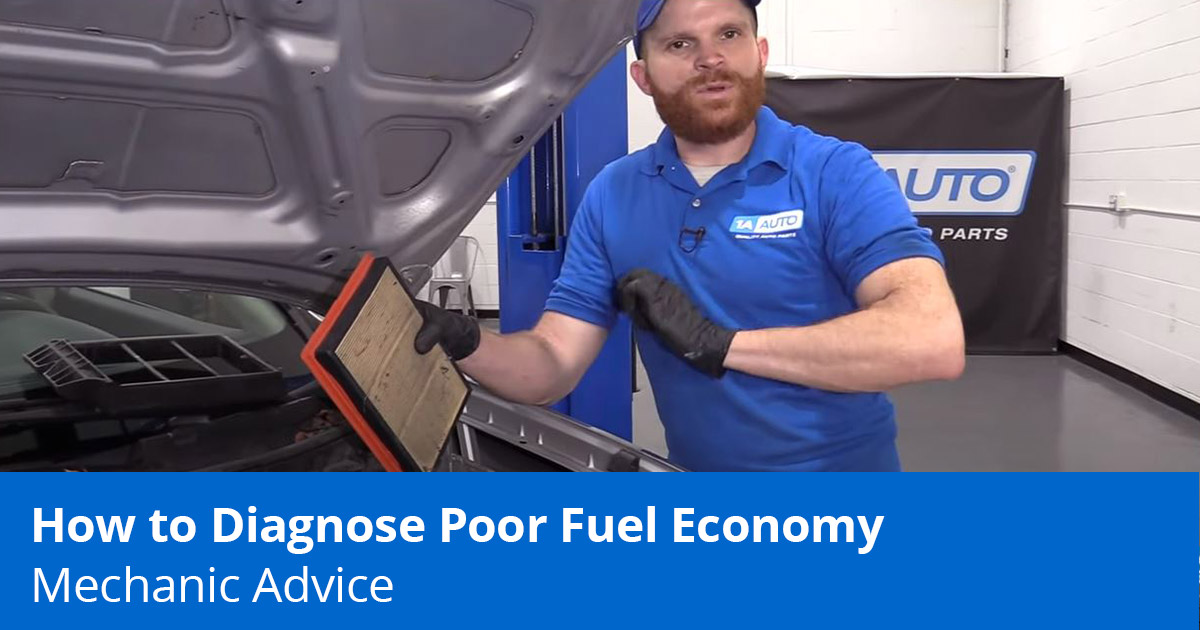