The 1st Gen Tundra is a popular pickup truck. Like many vehicles, it has its common problems. This post reviews the top 5 problems on the Toyota Tundra, years 2000 to 2006.

Symptoms of an Exhaust Manifold Leak

Sometimes the mounting bolts rot and break and can create a leak. The exhaust manifold may also crack and cause a leak. This is more common on the 8-cylinder engine.

How to Fix an Exhaust Manifold Leak

The secondary air injection pump, also known as a smog pump, is a part of the emissions system. It pumps air to the catalytic convertor during start-up to heat it up faster. Issues with the secondary air pump is more likely to happen on the 4.7L V8 engine.

Test the pump for power and ground. Make sure the hoses connected to it aren’t restricted. If the pump is defective, replace it.

Note: This issue is specific to the 1st Gen Tundra’s with automatic transmissions.

Symptoms of Radiator Problems on the 1st Gen Tundra

How to Fix Internal Radiator Problems

The O2 sensor calculates how much air/fuel is in the exhaust that’s exiting the engine so the computer can make adjustments for combustion. If there is an issue with any of the four O2 sensors on the 2000 to 2006 Tundra, the symptoms above can occur.

How to Fix Faulty O2 Sensors

Use a scanner to read the OBD-II trouble codes. If the code says “bank 1 sensor 1” for example, this means an upstream O2 sensor on bank 1 needs to be replaced. If there is an exhaust leak closer to the engine and before the O2 sensors, a code for a lean running condition will likely appear. A lean running condition code may also appear for a clogged or broken catalytic convertor.

Causes of a Bad Ball Joint

The ball inside the ball joints needs to be able to pivot around the joint. If the ball is able to loosen, it can tear the ball joint, loosen, and pop out of the socket. If the boot opens, outside elements can collect inside and create binding.

How to Fix a Bad Ball Joint

Grab the wheel from the 12 and 6 o’clock position and feel for play. This can also be an indicator of a bad wheel hub bearing, but on the 1st gen Tundra it’s likely the ball joint. If the ball joint is broken, replace it.

The e-brake doesn’t work—truck still moves after applying the e-brake or does not move/release the e-brake.

The e-brake can seize up on the 2000 to 2006 Toyota Tundra. The pivots points and e-brake cables can fail and stay stuck in open or closed positions. This can happen from a lack of use or moisture corroding metal parts.

Brake pulsating or noises from the rear brakes

How to Fix E-Brake Problems

Fix Your Own 1st Gen Tundra

Check 1A Auto’s video library and learn how to do many repairs yourself on the 2000 to 2006 Toyota Tundra like the brakes and headlights. 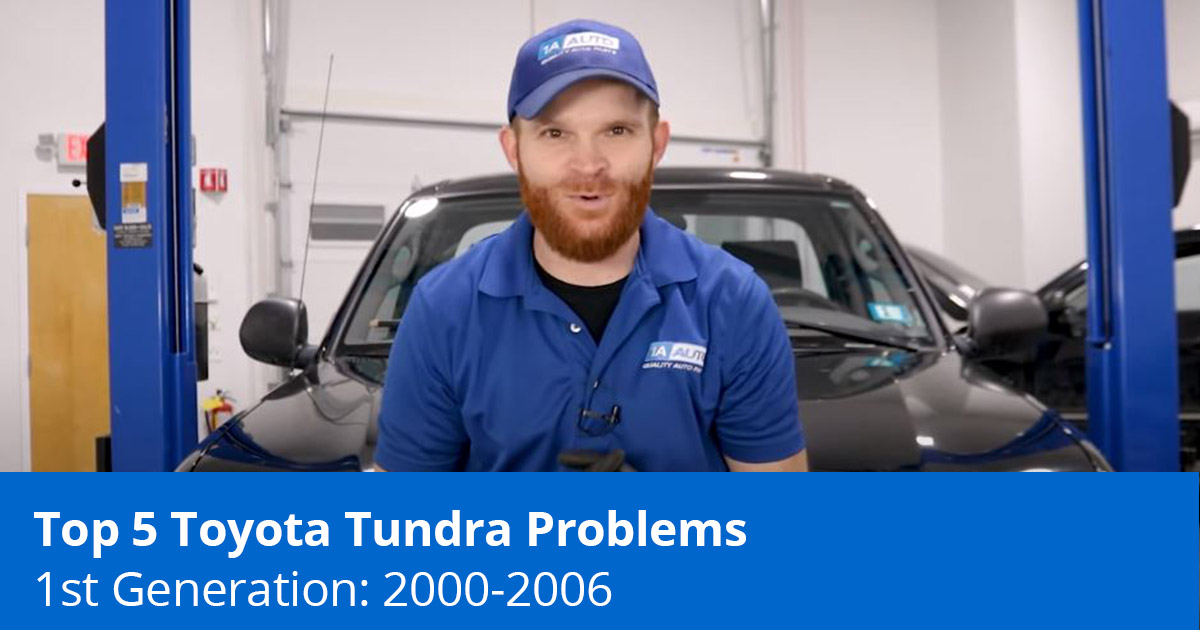