Learn the top 5 GMC Sierra 3500 problems like defective knock sensors and the AC not working. This post reviews the most common problems and how to fix them.

If there is a code related to a knock sensor on the Sierra 3500, chances are the knock sensor needs to be replaced.

How to Fix Knock Sensor Failure

The knock sensors are sensitive so it’s important to torque them to the proper specifications. The wiring harness may also need to be replaced if the wires are damaged.

The knock sensor on older models is underneath the intake, so confirm the replacement knock sensor is for a location on the side of the engine.

The AC belt tensioner puts tension on the AC compressor belt. If the AC is not working on the 2007 to 2014 Sierra 3500, it’s likely the compressor belt is worn or fell off.

There is a ground on the passenger side of the engine that connects to the negative battery terminal and the engine wiring harness. Sometimes this ground or the wire corrodes and causes electrical problems.

How to Fix Electrical Problems

Loosen the stud nut and clean the engine ground.

If there is green corrosion on the electrical cable, replace it.

If any ground straps are broken, replace them.

Inspect the ground underneath the driver side door. Clean the bolt and retighten it.

How to Fix Front Impact Sensors

Raise the vehicle and shake the tire back and forth. See if the tie rod end is moving in and out, which means it needs to be replaced. Loosen the jamb nut on the tie rod and remove the tie rod by removing the tire and the castle nut and rotating the tie rod end off or by just loosening it with pliers, which can be a little more time consuming, and an adjustable wrench. 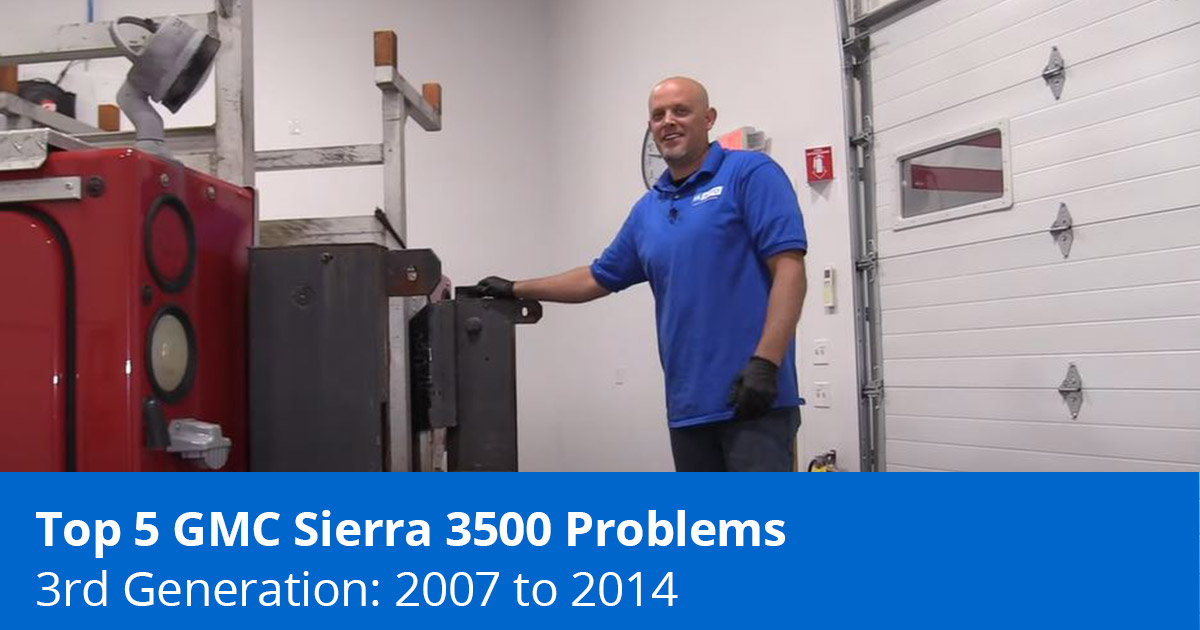 Article Name
Top 5 GMC Sierra 3500 Problems - 3rd Generation (2007-2014) - 1A Auto
Description
Learn the top 5 GMC Sierra 3500 problems of the 3rd generation, years 2007 to 2014, like the AC not working and issues with the knock sensors as our experts review their symptoms and fixes.
Author
1A Auto Team
Publisher Name
1A Auto
Publisher Logo