How to Diagnose the Switch and Latch

How to Test the Liftgate Switch and Hatch

Press the other buttons on the key fob like the lock and unlock buttons to confirm there is no issue with the remote key.

2. Confirm the Automatic Liftgate Switch Is Not Turned Off

Sometimes objects like coffee cups can fall and accidentally turn the switch off.

Commands like “Last Open Fail Data” can reveal information like the module failing to detect the vehicle is in park. Problems like this can occur on a power liftgate if a module in a different area of the vehicle, like the transmission, needs programming.

Check the 30 amp power liftgate fuse located in the fuse box under the hood. Check the fuse for broken wires, which means the fuse is blown. You can also switch the fuse with another 30 amp to see if it works.

How to Test the Liftgate Switch Power Buttons with a Multimeter

Sometimes the switches get dirt and debris in them, and they stop working. You can test the switch and the wires with a multimeter that can measure ohms. The multimeter can send a small amount of voltage down one wire and check the other when you press the switch.

Lightly touch one terminal on the switch’s electrical connector with one lead and the opposing terminal with the other. Press the switch. If the multimeter reads for a decimal number, indicating less electrical resistance, the switch is working.

Replace a Power Liftgate Switch or Liftgate Latch Yourself

If your power liftgate is having problems working and the liftgate switch or liftgate latch is defective, replace one on your GMC Acadia, Buick Enclave, Chevy Traverse, Chevy Uplander, or another vehicle yourself with 1A Auto’s how-to videos that cover removal and installation steps for many different makes and models. 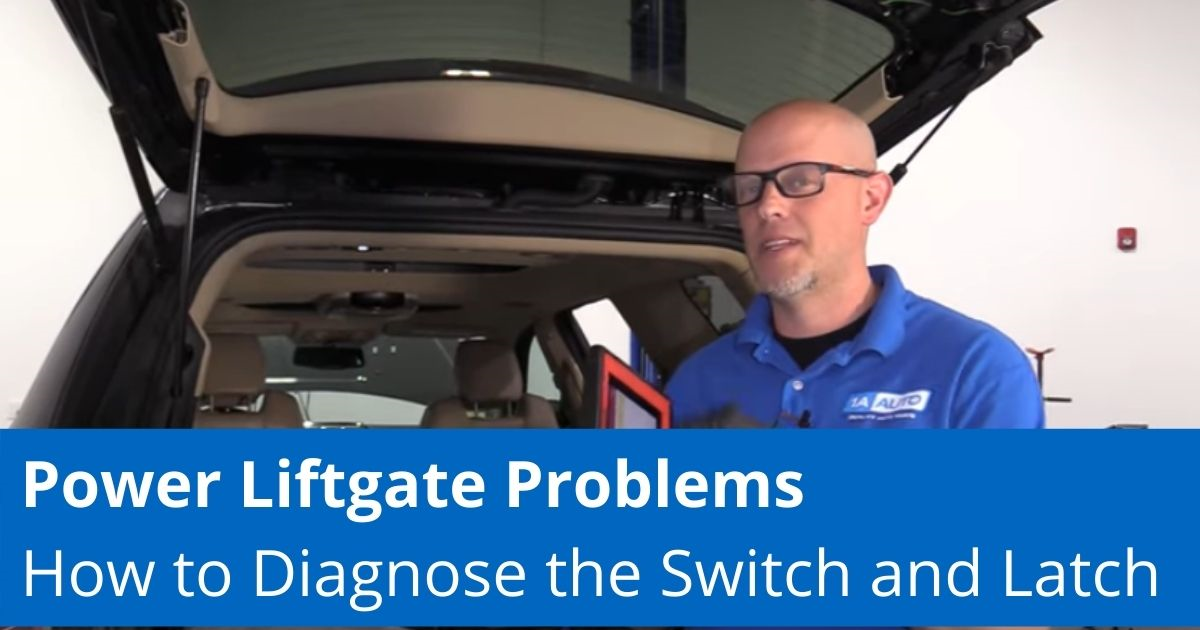